Pro-Kurdish Party decides to cancel its meeting in the parliament since Demirtas, co-leader of the party, will hold a press conference in Diyarbakir. 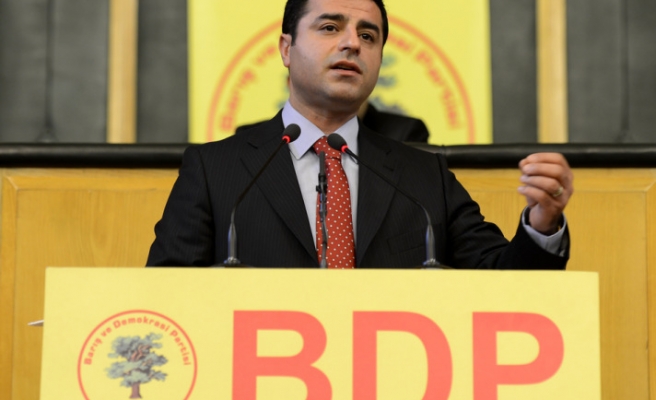 Pro-Kurdish Peace and Democracy Party (BDP) has cancelled its parliamentary meeting on Tuesday amid rumors that BDP co-leader Selahattin Demirtas will resign from his post.

Pervin Buldan, a senior leader from the party, told an AA correspondent that since Demirtas is to hold a press conference in Diyarbakir, there will be no meeting in Turkish Parliament. That meeting represents an important platform to transmit party’s ideas and stance on a particular subject to wider public.

The news on meeting cancellation broke out amid the rumors that Demirtas will resign from the post although the party denies that report. The party refuted claims on Monday that Selahattin Demirtas decided to resign from his post since his proposal to hold an extraordinary congress before the general election was rejected by the party.