'Let's seriously discuss coming to the table for peace. This is our call,' says Demirtas 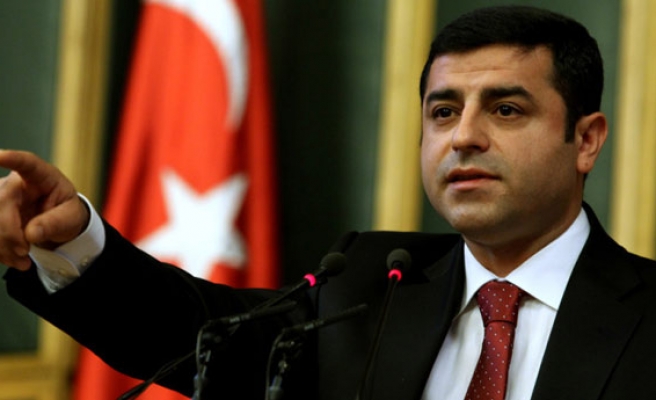 Peoples’ Democratic Party (HDP) co-Chairman Selahattin Demirtas said Sunday that the solution to the current conflict in Turkey's southeastern regions was negotiation and that his party neither approved nor accepted conflict.

The Kurdish conflict was reignited following the July 20 suicide bombing in Suruc, which was blamed on Daesh. The renewed violence ended the “solution process” negotiations officially initiated in early 2013, aimed at ending the 30-year conflict between the PKK and the Turkish state.

"If we had believed that there was nothing to do, we would not be in the parliament," Demirtas told reporters during his visit to the southeastern province of Diyarbakir.

HDP passed the 10 percent threshold with 13.12 percent votes to take 80 seats last June -- marking the first time it entered the parliament as a party. But it will have to repeat the feat as Turkey is headed to snap elections on Nov. 1 as parties in Paliament proved unable to agree on terms to form a coalition government.

Demirtas said that a break was needed to the rivalry opposing political parties: "Let's seriously discuss coming to the table for peace. This is our call."

Since July, more than 100 members of the security forces have been martyred and hundreds of PKK terrorists killed in operations across Turkey and northern Iraq, including airstrikes.