Protest against anti-PKK operations in İstanbul

In the meantime, a group linked to the PKK has threatened attacks targeting civilians and tourists, saying it will now launch “all-out” attacks in response to recent military strikes targeting the militant group. 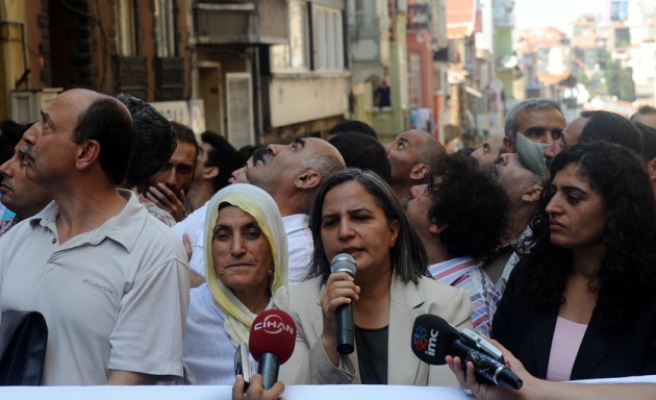 Turkish warplanes have bombed targets of the militant group in northern Iraq three times since Wednesday after eight soldiers and a village guard were killed in an ambush near the Iraqi border.

Tensions erupted when police told the protesting group, consisting of some deputies and supporters of the pro-Kurdish Peace and Democracy Party (BDP), to disperse because they did not have permission to stage a demonstration in Taksim Square, İstanbul's busiest hub. Some demonstrators then proceeded to sit on the road in nearby Tarlabaşı Boulevard, disrupting traffic. Clashes occurred when the police tried to forcefully disperse the sitting protesters.

BDP deputies Gülten Kışanak, Sebahat Tuncel and Levent Tüzel argued with the police, protesting the decision not to allow the demonstration to go ahead. They later read out a press statement in front of the Beyoğlu Police Department.

In the meantime, a group linked to the PKK has threatened attacks targeting civilians and tourists, saying it will now launch "all-out" attacks in response to recent military strikes targeting the militant group.

"Sensitivity we have so far shown toward civilians and tourists is no longer in place," a statement released by Kurdistan Freedom Falcons (TAK), widely known to be an urban wing of the PKK, said on Sunday, according to the pro-PKK Fırat news agency.

The statement complained of the Turkish state's "policies of massacre and destruction" and alleged that the Turkish military is using chemical weapons in anti-PKK attacks. It also said pressure on Abdullah Öcalan, the jailed leader of the PKK, has been mounting, pushing TAK "into a point of no-return."