Preliminary results from a referendum in Turkey over a constitutional reform package showed that 59.9 pct of the voters say "Yes" while 40.1 pct voted against. 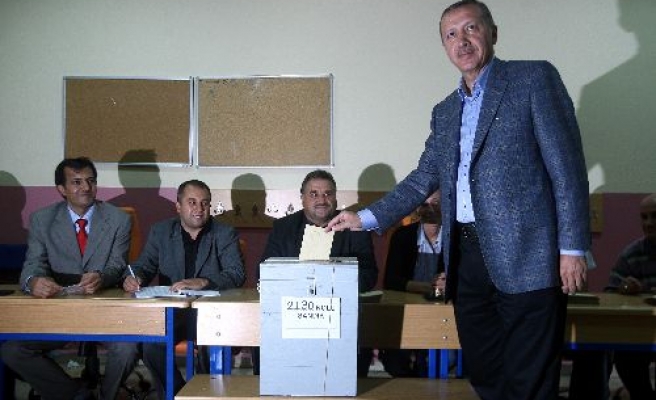 260 of 316 votes were "No" in the ballot box which the Turkish President and his wife casted their voted in Ankara. One vote was invalid, according to Turkish media.

156 "Yes" votes were counted from the box that Turkish Prime Minister, his wife and his daughter casted their votes in Istanbul. Total 111 votes were "No" in the results.

254 of 315 valid votes were "No" in the ballot box which Turkish army chief Isik Kosaner casted his votes. 315 of 413 registered electors went to the Kosaner's box in Ankara.

The chairman of the main opposition Republican People's Party (CHP), could not cast his vote because of a problem in voter list.

Results from the ballot box that Turkish Felicity Party leader, Numan Kurtulmus, went to cast his vote in Istanbul showed that 173 electors approved the amedments and 86 voted against.