Turkish citizens are also able to cast their votes at 25 border gates during their border crossing until 5:00 p.m. on September 12. 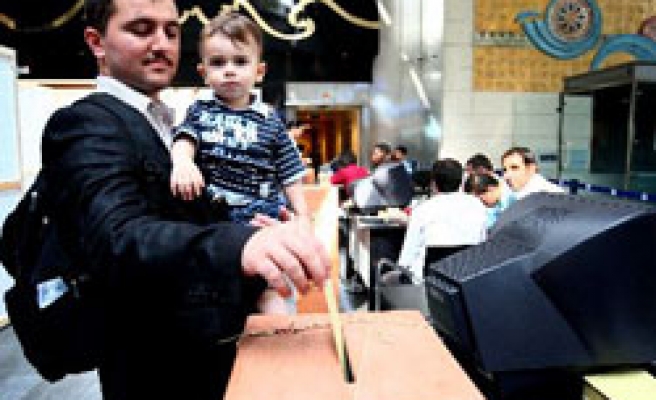 Voting for the September 12 referendum began at border gates on Tuesday.

Voting started at 8:00 in the morning at Kapikule, Ipsala and Hamzabeyli border gates in the northwestern province of Edirne.

Turkish citizens are also able to cast their votes at 25 border gates during their border crossing until 5:00 p.m. on September 12.

Turkey will vote for the referendum on a government-backed constitutional amendment package scheduled for September 12, the 30th anniversary of a military coup in Turkey which eventually led the way for the current constitution of the country.

Constitutional amendments include, change in structure of Supreme Board of Judges and Prosecutors, as well as the Constitutional Court, country's top judiciary body.

The package abolishes the provisional article 15 of the constitution which does not allow trial of the members of the National Security Council formed after the military coup in 1980, the ban on right to general strike; and paves the way for a citizen to become a member of more than one union, and the civil servants and other public officials the right to collective bargaining.