An Istanbul court ruled to file a criminal complaint to bring charges against members of the Republican Work Group, an illegal organization that was active in events leading up to the ousting of the government on Feb. 28, 1997. 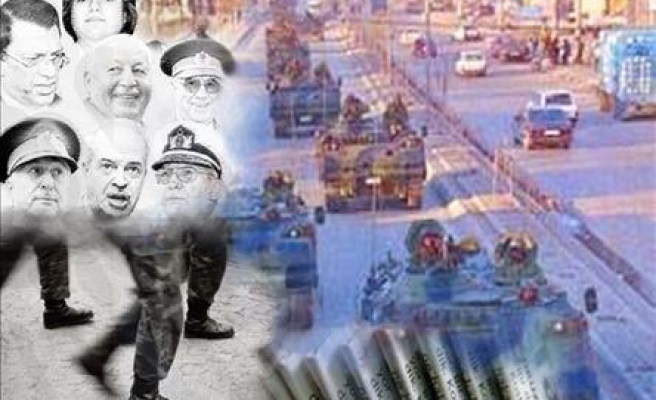 The Istanbul 13th High Criminal Court ruled on Tuesday to file a criminal complaint with the Istanbul Chief Prosecutor's Office to bring charges against members of the Republican Work Group (CÇG) -- an illegal organization similar to the Western Work Group (BÇG) that was active in most of the events that led up to the unarmed ousting of the government on Feb. 28, 1997.

The basis for the charges is reportedly the Counterterrorism Law (TMK).

The indictment filed for the Ergenekon trial does not contain any demand for the mentioned suspects to be referred to the court due to criminal acts related to CÇG. Therefore, a new indictment will be prepared.

The existence of the CÇG was revealed by a story in the Taraf daily published in June 2008. According to the report, CÇG was founded by retired Gen. Şener Eruygur, who was sentenced to life imprisonment in Monday's Ergenekon coup plot verdict. The daily noted that its source is an individual in the military who provided a CD on which information about the CÇG is stored in slide shows and text documents.

In addition, according to the court's ruling, a writ will be issued to the Istanbul Chief Prosecutor's Office regarding some documents seized during searches conducted during the Ergenekon investigation but not mentioned in the original indictment. Workers' Party (İP) leader Doğu Perinçek, who was sentenced to aggravated life imprisonment in the Ergenekon verdict on Monday and some other suspects are also expected to face new charges.