Russian suggestion to send Turkish troops not on agenda

Despite Lavrov suggesting that Turkish and Arab troops may also contribute to protecting the UN team in Syria, Ankara has not yet received an official request from the Russian side over the mission. 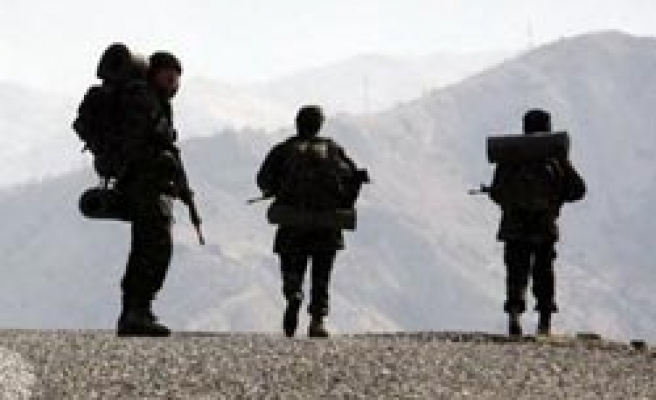 Ankara has stated that a Russian suggestion to send Turkish troops to Syria along with Russian troops as part of a monitoring mission to protect the United Nations team that will carry out the process of destroying Syria's chemical weapons is not currently on the agenda.

Despite Russian Foreign Minister Sergey Lavrov suggesting that Turkish and Arab troops may also contribute to protecting the UN team that will carry out the mission in the war-torn country, Turkish diplomatic sources have stated that Ankara has not yet received an official request from the Russian side over the mission.

“This suggestion is Lavrov's personal opinion. We have not yet received an official request. Therefore, the topic is not currently on our agenda. In addition, it is very hard to evaluate this topic as sending troops to a foreign country needs serious political deliberation. However, we will evaluate such a proposal when it is made by the Russian side,” said a senior Turkish diplomat, who spoke to Today's Zaman on the condition of anonymity, on Monday.

The Turkish diplomat also noted that it was not an easy task to send Turkish troops -- even if they were part of a UN force -- to Syria as Ankara, which is the staunchest supporter of the Syrian opposition that is fighting to topple Syrian President Bashar al-Assad, has been at odds with the regime in Damascus.

“Moreover, the areas where the chemical weapons are located are said to be under the regime's control. So this makes the task tougher for us. The process of destroying the chemical weapons is a troubling one. The team that will destroy them should be protected,” said the diplomat.

The diplomat maintained that even if Turkey sends troops, this should not be considered a military action, adding that the aim would solely be to protect the UN team.

Lavrov said Russia is considering sending troops to the country in order to protect the UN team that will carry out the process, adding that a large contingent of Russian troops would not be necessary, but a small detachment of observers.

“Our troops and police are ready to serve on such a mission. We can organize an observer troops' mission from Turkey, Arab countries and UN Security Council [UNSC] member states,” said Lavrov.

Security experts say Syria has about 1,000 tons of mustard gas, VX and sarin -- the nerve agent UN inspectors found after hundreds were killed by poison following missile strikes on opposition-held areas on Aug. 21.

Although the task -- and who will carry it out -- is clear, important questions about the deal on Syria's chemical weapons remain unanswered, including how feasible a major disarmament can be in the midst of civil war and how to collect and destroy the weapons.

According to media reports, some of the weapons will likely be destroyed in Syria and some shipped to other sites for destruction. Russia is one possible site, but no final decisions have been made.

The Hague-based OPCW has never moved weapons across borders before because of the risk, and has never worked in a war zone.

The Syrian government has accepted the plan and has already sought to join the OPCW. For the regime, the US-Russia proposal to remove chemical weapons provided an unexpected reprieve from the military action which Washington had planned after the Aug. 21 attack.

Turkey has said recently that it welcomes any move to surrender the chemical weapons stockpile to an external body, but insisted that the Syrian regime cannot go unpunished for the recent alleged chemical attack that killed more than 1,000 people.