Saadet Party to run in local polls without ally

Party will take part in local elections in March 2019 with its own candidates, lawmaker says 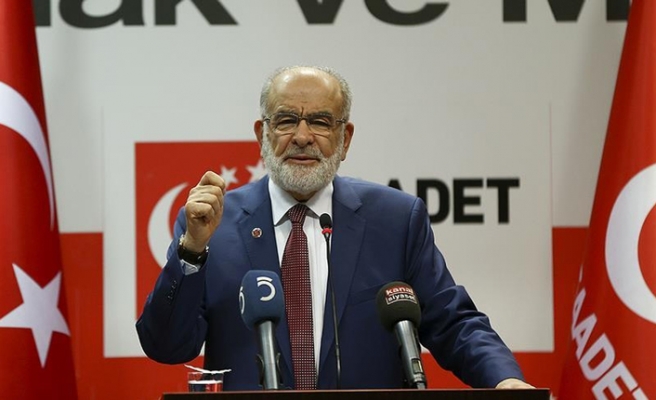 Turkey’s opposition Saadet (Felicity) Party will run in the upcoming local elections without an ally, a party lawmaker announced on Monday.

“We will make alliance with the nation’s own. The Saadet Party will nominate its own candidates in the local elections,” Abdulkadir Durmaz, the central Konya province lawmaker, told reporters at the parliament.

Durmaz noted that the party would also take all necessary steps for the benefit of Turkey.

The Saadet Party will never support American imperialism and Israeli Zionism, he added.

The Saadet, who has two chairs in the 600-seat parliament, had formed election alliance with main opposition Republican People's Party (CHP), and opposition Good (IYI) Party for the June 24 parliamentary elections.