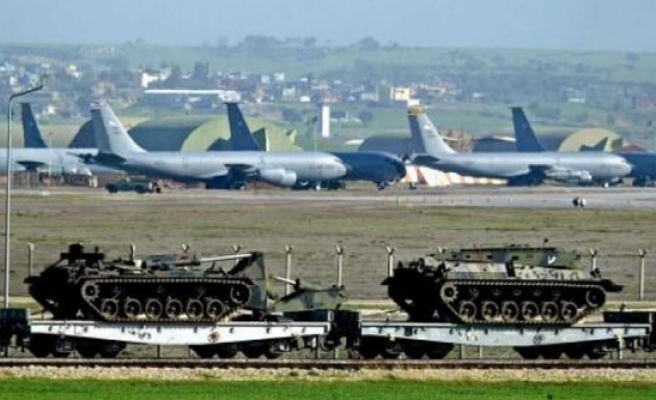 A delegation from Saudi Arabia was expected to arrive at İncirlik air base in Turkey’s south on Feb. 24 in order to conduct preliminary research for four F-15E Strike Eagle fighter jets it will send in support of the U.S.-led anti-ISIL coalition.

The committee comprised of members of the Saudi Arabian air force is expected to investigate the aerodrome in which the jets will be housed and how and where the Saudi officers will be accommodated.

The report said that advance guards have already arrived at the base on Feb. 25.

Four F-15E Strike Eagle jets along with the advance guards will arrive at the base, in support of the U.S.-led coalition.

Turkish Foreign Minister Mevlüt Çavuşoğlu confirmed the deployment of Saudi planes to the base on Feb. 13.

On Feb. 14, Defense Minister İsmet Yılmaz had said the Saudi Arabian jets had not yet arrived in turkey, as claimed by a high-level Saudi Arabian officer, but “four F-16 fighter jets will come, the decision has been made [and] the exploration has been conducted.”

The F-15E jets are similar to the Russian SU-30 type aircrafts, currently deployed in Syria.

The Saudi Arabian jets are expected to be used in airstrikes against ISIL targets, within the framework of the U.S-led coalition.