A report prepared by the AGAM research center, headed by AK Party member of parliament Bal, notes that Prime Minister Erdogan had been misguided regarding the Gezi Park protest incidents, and could have served as a mediator 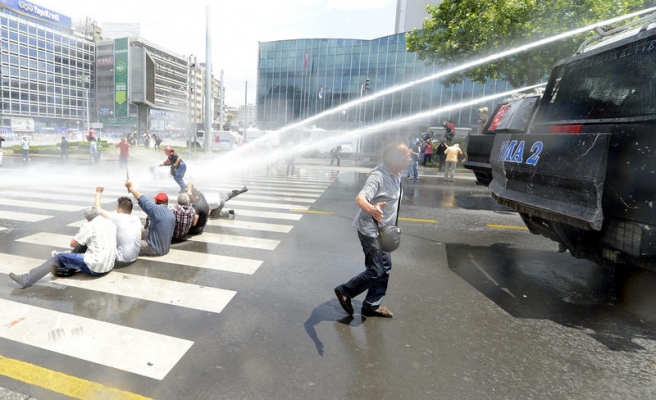 The Eurasia Global Research Center (AGAM), headed by AK Party member of parliament Bal, has prepared a report with striking findings regarding the Gezi Park protest incidents and the government’s mismanagement of them.

The report notes that Turkish Prime Minister Recep Tayyip Erdogan had been misguided regarding the Gezi Park protest incidents, and could have served as a mediator.

It summarizes the transformation as follows:

“The Taksim events began with an environmental sensitivity, and the participation of a small number of people. However, with the shape which the intervention took and the lack of transition into diolgue, the content of the events changed as specific foci waiting for an opportunity arose, and transformed into a general reaction against primarily the Prime Minister, and secondly the government.

“The protest in Taksim which began with a venerable sensitivity and peaceful purpose spread to the four corners of the country as a destructive riot.”

The report also directed criticism at Mayor Topbas of the larger Istanbul Metropolitan area by noting that public surveys related to the project had not been conducted and a local public process had not been undertaken.

The report emphasizes that the Prime Minister could have taken a role as a mediator and instead of being perceived as part of the crisis, could have undertaken a problem-solving role by relaying suggestions to public administrators and serving as a mediator.

It suggests that the Prime Minister’s role includes his being able to criticize mayors for their incorrect actions, and nominating other candidates accordingly.

The AGAM writes, “Instead, the Prime Minister was misled and, as far as was reflected in the public, turned into a side in the crisis. This was a strategic mistake, and gave an opportunity to lurking illegal structures.”

It indicates that the concerns over profiteering damage both the Turkish nation as well as the image of its politics and politicians. It urges, “Rather than being angry at the West, maybe it is best to be angry at ourselves. Because this is a reflection of how we cannot express ourselves as well as the Armenian lobby, Greek lobby and even the PKK lobby in Europe and the US.”

The report likewise criticizes comparisons between the Gezi incidents in Turkey and the Arab Spring uprisings, saying, “Trying to interpret the events in Turkey as a reflection of the Arab spring is neither knowledgeable nor fair. If an analogy is to be drawn, it should be likened to events in London and New York.”