'Chaos' in Syria has brought suffering to Turkey, says parliamentary speaker, saying that one nation to help Syria isn't enough and that international cooperation is required. 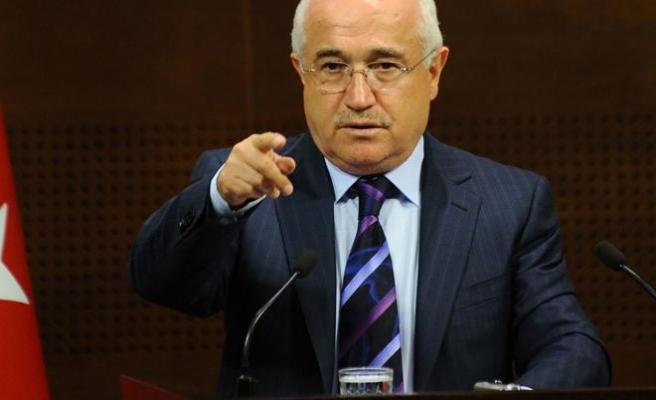 The speaker of Turkey’s parliament, Cemil Cicek, told reporters on Monday that: "It is vital not to classify or distinguish terror groups.

“Unfortunately, I see a carelessness and double standard in this regard in the international community. Terror is a crime against humanity."

Cicek’s comments came at a meeting with his Iraqi counterpart, Salim al-Jabouri, at the Turkish Grand National Assembly in Ankara.

"The efforts of a single country alone are not enough to fight against and eradicate terrorism. It definitely requires international cooperation as these groups have various means in multiple countries," Cicek said.

Pointing to the “chaos” of Syria, Cicek said that a “void of authority” in the Middle East had facilitated damage to Turkey and Iraq.

Jabouri said that the crisis in the region "required cooperation, in particular in terms of intelligence, which if procrastinated, could lead to severe consequences."

Cicek said that Turkey was working to prevent the entry of terrorists into the region.

"So far, we have banned around 7,000 people, and deported over 1,000. However, Daesh (ISIL) has terrorists from over 80 countries. So it is important that each of these countries cooperate with us and give us names.

“Unfortunately, nobody shows enough effort until something happens."

The Iraqi speaker said that Turkey and Iraq “are strong enough to overcome a lot of difficulties. When we look at the map, and remove all virtual borders, we see an extraordinarily big political and economic force at work.

“With the necessary will and intention, there is nothing we cannot do."