Turkey: Assad, ISIL, PYD have 'no role' in Syria 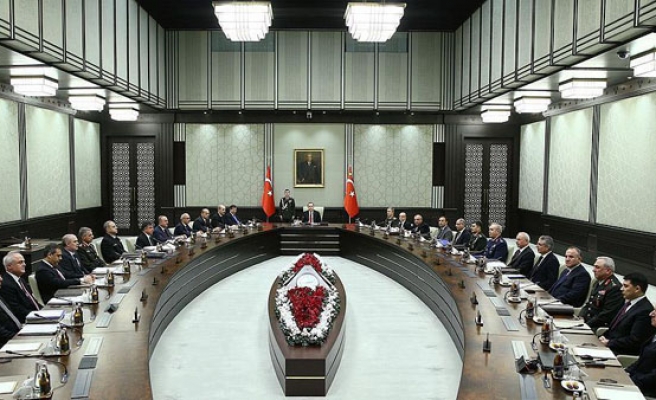 A meeting of Turkey’s National Security Council has said that neither the regime of Bashar al-Assad nor any terror groups should have a role in the future of Syria.

A statement from the security body came late Wednesday after a meeting in Ankara to discuss the effect of the Syrian crisis on the security and stability of Turkey and the region.

Following the council's meeting, a statement read: "It has been pointed out that the existing regime, ISIL, and the [Syrian Kurdish] PYD-YPG, as well as any other terror groups, have no role in the future of Syria."

It also confirmed Turkey's support for Syrian Turkmens and other opposition groups.

The meeting came just ahead of Syria peace talks scheduled for Friday in Geneva.