Turkey berates EU for failing to back war on PKK 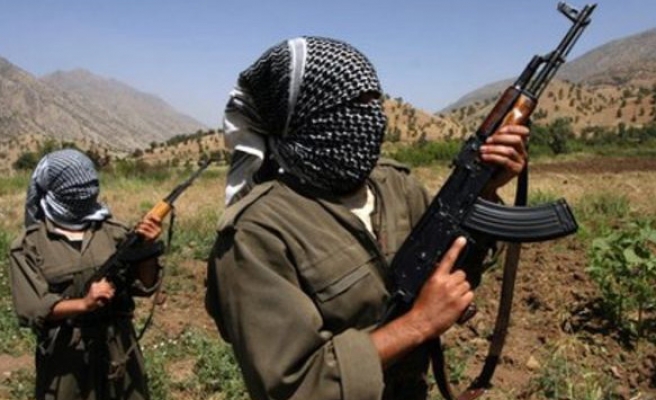 The Turkish co-chairman of a joint committee of Turkish and EU lawmakers on Thursday criticized Europe’s lack of support in the fight against PKK terrorism.

“It is stressed that Turkey is right in fighting terror against the PKK but later our struggle against terror is not backed,” Ahmet Berat Conkar told Anadolu Agency from Strasbourg.

Emphasizing the generally positive nature of meetings between Turkish and EU lawmakers, Conkar added: “We do not find this attitude right because Turkey acts extremely sensitively and makes efforts so that civilians face the least harm.”

Conkar, a lawmaker of Turkey’s ruling Justice and Development (AK) Party, was referring to a series of counter-terrorism operations launched across southeast Turkey in recent months to uproot the PKK, which is listed as a terror organization by both Turkey and the EU.

The Turkey-EU Joint Parliamentary Committee, which usually gathers twice a year, met EU parliamentarians including Kati Piri, the EU’s rapporteur on Turkey, and Rebecca Harms, the president of the Greens–European Free Alliance group.

Conkar’s remarks came a day after the Parliamentary Assembly of the Council of Europe voiced “serious concern” over media freedom, the “erosion of the rule of law” and human rights in Turkey. The assembly’s monitoring committee said developments could hamper democratic progress.

The PKK resumed its 30-year armed campaign against Turkey in July 2015. Since then, more than 290 members of the security forces have been martyred and 1,250 terrorists killed.

Turning to Turkey’s bid to join the EU, Conkar said the most recent report on accession was discussed with Piri. “The motions for change submitted in the draft report are more than 550 and 90 percent of them are against Turkey,” he said.

“The distances covered by Turkey on freedom of the press and freedom of expression are ignored and mostly there are attempts to put critical attitudes into the report.”