Turkey: Crackdown on media based on 2011 complaint

The crackdown on media and police officials has roots in a complaint filed against the Gulen movement in 2011, a Turkish publishing house founder says. 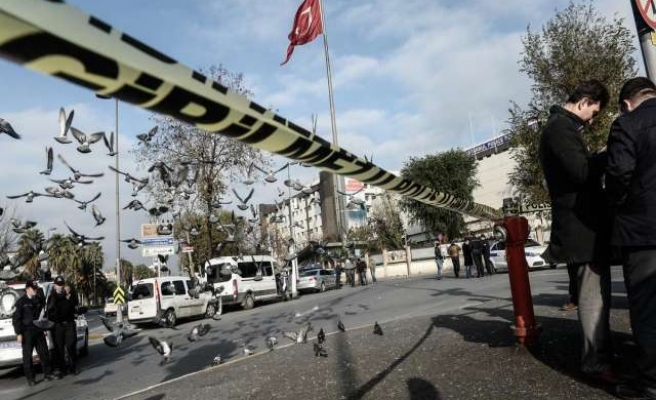 World Bulletin/News Desk
The recent crackdown on senior media figures and police officers in Turkey has roots in a complaint filed against the Gulen movement in 2011, founder of a Turkish publishing house revealed Monday.

Mehmet Nuri Turan, founder of the Tahsiye Publishing House, said it was his complaint letter that led to the police detention of more than 20 senior local media figures and police officials Sunday.

All the detainees were alleged to be linked with the U.S.-based preacher Fethullah Gulen and his so-called Gulen movement. They were charged with forgery, fabricating evidence and forming an alleged crime syndicate to overtake the sovereignty of the state.

Turan said Gulen first targeted the Tahsiye Publishing House in 2009. In a speech, the preacher had alleged that Tahsiye and its "Tahsiyeciler" group had links with extremist groups -- including an al-Qaeda faction --  Hezbollah, and the Islamic Great Eastern Raiders Front.

The Tahsiyeciler group used to publish books that interpreted "Risale-i-Nur," which was a collection of Quranic interpretations written by cleric Said Nursi.

Turan also said that Ali Fuat Yilmazer, a former head of police intelligence department, had also submitted a report in 2009 which alleged that Tahsiyeciler supported extremist groups like al-Qaeda because of which the group was systematically targeted.

The same Tahsiyeciler group was also allegedly defamed as a shadowy organization in the "One Turkey" TV series that used to broadcast on the private Turkish TV network Samanyolu.

Samanyolu TV chairman was also detained in the Sunday crackdown for allegedly having ties with the Gulen movement.

The Tahsiye group accused the Gulen movement of also twisting the meaning of Nursi's collection of Quranic interpretations, Risale-i-Nur. Gulen movement was also said to be opposed to the publishing house’s books on interfaith dialogue.

In January 2010, police detained around 40 people, including Mehmet Dogan, the leader of the Tahsiye group. Two grenades, ammunition and maps were also said to have been found during the police's search of the group's houses, media outlets said at the time.

Dogan was sentenced to prison for 17 months and was later freed on medical grounds. Turan was also detained with Dogan.

"An investigation was launched against us although there was no notice or complaint about us," Turan said. He said Dogan and he were freed in May 2011, however, the case against them still continued in Turkish courts.

Lawyer of the Tahsiye group, Mustafa Dogan Inal, said the publishing houses were in fact empty during the 2010 police raid. Inal said police did not even have a camera recording of the operation and there were fingerprints of police officers on the grenades and ammunition, Turkish daily SABAH said Sunday.

Inal termed the police operation as a "conspiracy" and said Dogan had filed a complaint against the Gulen movement.

Four, out of a total of 27 detained journalists and police officers, were freed Monday.

Turan recalled that he had sent a letter of complaint against Gulen to the then police chief, Huseyin Capkin, in March of 2011, but nothing came out of it.

Turan added he had given a sworn testimony to the police about the matter in 2014.

Turkish President Recep Tayyip Erdogan has vowed to take to task alleged Gulen movement group members on numerous occasions. The government has described the movement and its supporters as the "parallel state" since late 2013.

Since then, hundreds of police officers have been detained on charges of eavesdropping on Turkey's top officials, disclosing highly-sensitive information, forming and belonging to an organization to commit crime, violating privacy, illegally seizing personal information and forgery of official documents