Gaziantep Governor Erdal Ata stated that the number of people detained in connection with a car bombing in Gaziantep has risen to 13. 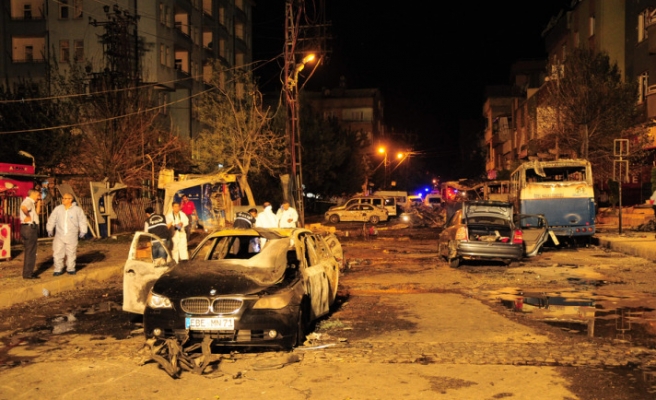 Speaking to the press on Friday, Gaziantep Governor Erdal Ata stated that the number of people detained in connection with a car bombing in Gaziantep has risen to 13.

Ata added that the blast in Gaziantep on the second day of Eid al-Fitr turned the Muslim holiday into a period of bitterness with the death of nine civilians, including four children.

“Everybody should stand against such incidents and not be involved in them. Gaziantep is a city of peace. We have lived up until now in peace. Nobody can disturb our sense of unity. Those committing such assaults cannot be the friends of anybody living in Turkey,” Ata added.

Nine people were killed and more than 60 injured in a car bombing in the southern Turkish province of Gaziantep on Monday. The Gaziantep Governor's Office said in a statement that a truck full of explosives parked near the Karşıyaka Police Station in the Şehitkamil district of Gaziantep city was blown up, burning two buses and a car to the ground.