10-week period during which abortion is legal reportedly remains untouched, but women who choose to undergo an abortion beyond 10 weeks may face a prison sentence of up to three years. 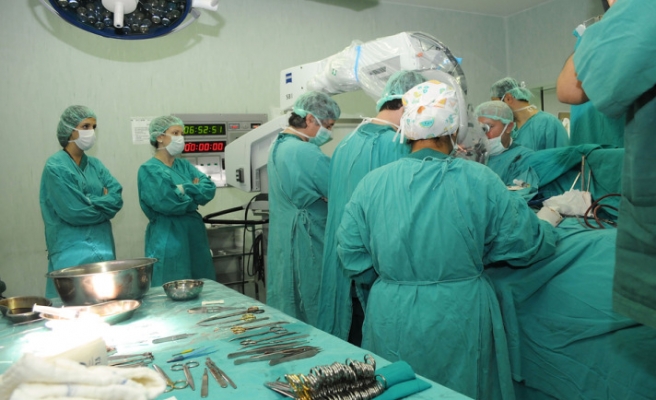 Women who agree to late abortions will be liable to longer jail sentences, according to the details of a new bill seeking to restrict abortion drafted following comments made by Prime Minister Recep Tayyip Erdoğan in May that he is personally opposed to abortion.

The Ministry of Health has been working on a draft bill to restrict abortion since Prime Minister Erdoğan expressed his personal dissatisfaction with Turkey's high abortion rate. According to a report published in the Hürriyet daily on Wednesday, the bill was presented to the Cabinet earlier this week. The 10-week period during which abortion is legal reportedly remains untouched, but women who choose to undergo an abortion beyond 10 weeks may face a prison sentence of up to three years. Currently this term is up to one year.

The Ministry of Health will also develop programs to counsel potential parents against abortion, and doctors will be entitled to refuse to perform an abortion if it conflicts with their personal beliefs. The draft bill mandates a window of four days for women requesting an abortion to consider their decision. The state will also distribute the morning-after pill free of charge in order to prevent unwanted pregnancies.

Another measure introduced by the bill to minimize abortion and encourage women to carry fetuses to term extends the period of maternity leave from four months to six. The bill will be presented to Parliament in October, as Parliament is currently in its summer recess.

The government had initially sought to impose an effective ban on abortions by decreasing the legal period to just four weeks, but later backpedalled in the face of a widespread public outcry. Health Minister Recep Akdağ presented the bill to the Cabinet on Monday, according to Hürriyet's report.

A Board for Reproductive Health will also be established if the bill passes. This body will formulate policies regarding reproductive health. The bill also introduces restrictions on the use of drugs inducing voluntary miscarriage. Training hospitals and health boards will be authorized to make a final decision in cases where abortion may be medically necessary beyond 10 weeks.

The government also plans to abolish the Law on Family Planning and replace it with the Law on Reproductive Health Services. Epidurals and similar pain control medication will be made more readily available to encourage natural births.