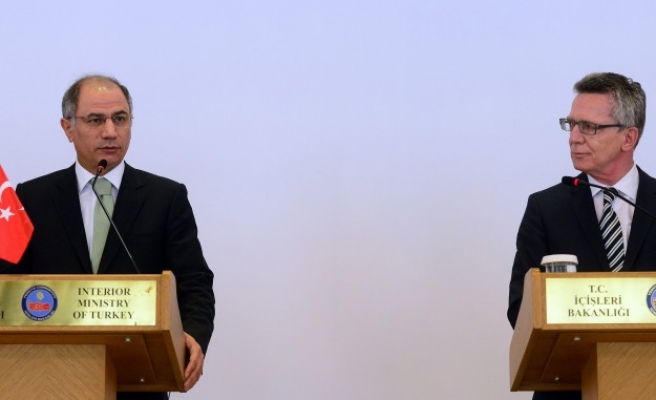 Turkish Interior Minister Efkan Ala said Friday German and Turkish intelligence officials have started discussing claims that Germany has been spying on Turkey for the last five years, reiterating that it was "unacceptable."

In a joint press conference with German Interior Minister Thomas de Maiziere in Turkish capital Ankara -- the first such meeting after the claims emerged -- Ala said: "We have talked with the minister and agreed that these spying allegations are unacceptable. Our intelligence officers already started consultations to solve this issue."

Minister Maziere said: "The intelligence officers never share their operations with the public, but that would not mean that they have the right to do whatever they want.”