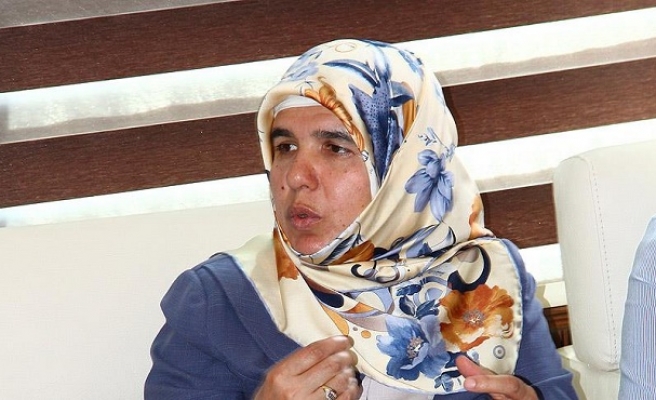 Diba Keskin, member of the Peoples’ Democratic Party (HDP) and co-mayor in Van’s Ercis district, was arrested after she allegedly made a call for self-governance in the district through a press statement on Oct. 14.

The district prosecutor's office launched an investigation into the incident and Keskin was accused of “performing acts aimed at undermining the state's independence and unity”.

Previously, prosecutors in Mardin province demanded life sentences for eight people including - co-mayor of Nusaybin district Sara Kaya - who were accused of declaring self-governance late August. Self-governing areas were also declared in Nusaybin as well as towns across Sirnak, Hakkari and Mus provinces.

On Aug. 12, the terrorist organization PKK issued a call to “people's assemblies” in parts of Turkey’s southeast to declare self-governance, saying the assemblies “would not recognize state institutes and would form their own self-governance”.

On Aug. 19, seven people, including Sur Co-Mayor Seyid Narin, and Silvan Co-Mayor Yuksel Bodakci were detained over "autonomy" claims and then two co-mayors were removed from their posts over the indictments.