The Turkish military said on Friday warplanes had attacked 28 PKK targets on Thursday in the areas of Qandil mountain, Hakurk, Avasin-Basyan and Zap. 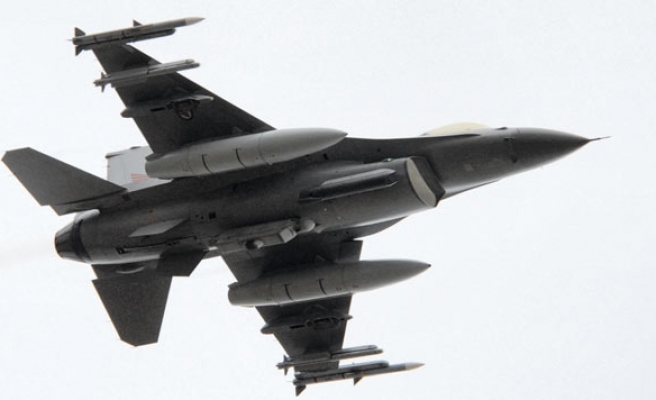 Turkish warplanes and artillery pounded PKK militants in northern Iraq for a second night, hours after the militants mounted attacks on security forces in southeastern Turkey.

The Turkish raids, the first against militants holed up in the mountains of northern Iraq in over a year, mark a stark escalation of the 27-year-old conflict after the collapse of efforts towards a negotiated settlement.

The Turkish military said on Friday warplanes had attacked 28 PKK targets on Thursday in the areas of Qandil mountain, Hakurk, Avasin-Basyan and Zap.

"In coordination with the air operation, intense artillery fire was directed at 96 targets identified in the same areas," the General Staff said in a statement. "Activities in the fight against terrorism will continue decisively at home and abroad."

"Our position is clear: we reject violations and overstepping of borders. This issue cannot be resolved through military action," Iraq's Deputy Foreign Minister Labeed Abbawi told Reuters. "Iraq should have been informed about this to find other ways to resolve this escalation."

The military had bombarded militants a day earlier in response to a spate of militant attacks in recent months and an ambush on Wednesday that killed nine servicemen.

The PKK in Iraq said it had not sustained casualties.

"There were no PKK casualties in the shelling that continued last night," PKK spokesman Roj Welat told Reuters.

In the nearby district of Pervari, militants wounded four civilians during similar attacks on security installations.

Some 40 Turkish security personnel have been killed in clashes in the last month and further military action was likely for as long as the fighting continues.

"I think those deciding on the air operations will sustain them intermittently for as long as appropriate opportunities emerge," Nihat Ali Ozcan, a security analyst at the Ankara-based think tank TEPAV, told Reuters.

"At times like this governments have to manage not just terrorism but their own public opinion. Hence air operations, more than harming the PKK militarily, serve the government in managing public opinion," Ozcan said.

Prime Minister Tayyip Erdogan heralded an apparent change in strategy on Wednesday, saying the government's patience had run out and those who do not distance themselves from terrorism would "pay the price".

It was not clear whether the air assaults might be a prelude to an incursion by land forces, which Turkey has sent into northern Iraq in the past to tackle PKK militants.

Ozcan said a short ground operation with limited targets was feasible if the government c ould convince the United States and the Kurdish administration in northern Iraq on the issue, but such a move was seen as unlikely.

The Iraqi Kurdistan Regional Government, which has enjoyed semi-autonomy from the central Iraqi government since 1991, said the military attacks undermined its sovereignty.

"Problems cannot be resolved by resorting to force and military action, but only through dialogue and negotiations," Kawa Mahmoud, a Kurdistan government spokesman, said in a statement on the KRG website.

The PKK conflict also raises domestic passions in Turkey. Further legal action could be taken against Kurdish politicians, currently boycotting parliament and accused of close links to the PKK.

More than 40,000 people have been killed in the conflict since the PKK took up arms for Kurdish self-rule in 1984.

Turkey's National Security Council, chaired by President Abdullah Gul, issued a written statement after a regular meeting on Thursday, saying it would adopt a "more effective and decisive fight in the fight against terrorism".

Last month, the PKK's Ocalan sent word through his lawyers that he had agreed with Turkish officials to set up a "peace council" aimed at ending the conflict. But the mood turned sour after the PKK subsequently killed 13 troops in the biggest attack since the PKK ended a ceasefire in February.

State talks with Ocalan ended in late July and since then his lawyers have been unable to visit him in his island prison near Istanbul. This week a court banned four lawyers from representing him for a year.