Turkey: No contact with 'terrorist YPG' in 'Shah Firat'

Turkish presidential spokesman denies coordination or contact with ISIL, YPG or the U.S. in the operation in Syria to retrieve Suleyman Shah's remains. 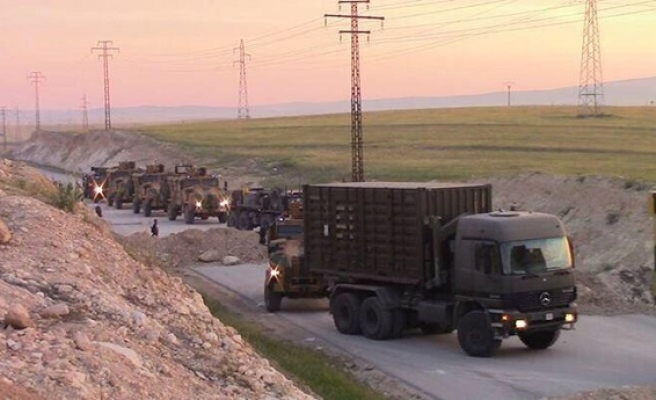 World Bulletin / News Desk
Turkey did not coordinate with or contact the "terrorist YPG" during its recent military operation in Syria to retrieve the remains of Suleyman Shah, the presidential spokesman said Monday.

Suleyman Shah was the grandfather of Osman I, the founder of the Ottoman Empire. His tomb and about 40 Turkish soldiers who guarded the territory inside war-torn Syria were relocated in a special two-pronged military operation "Shah Firat" Saturday.

"Our allies and the Syrian regime were notified of the operation. However, there has not been any contact or coordination with ISIL, YPG, or the U.S.," Ibrahim Kalin told a press briefing.

People’s Protection Units, or the YPG is the armed wing of the Syria-based Kurdish Democratic Union Party, or PYD, which Turkey considers to be an offshoot of the Turkey-based Kurdistan Worker's Party, or PKK militant group that has for decades waged a bloody insurgency in the country.

The U.S. and EU have listed the PKK as a terrorist organization. Turkey also accuses the PYD of supporting Syrian President Bashar al-Assad.

Kalin underlined that the operation was Turkey's own decision, which the Turkish government "initiated and conducted on its own and using its own resources".

Suleyman Shah was buried in Turkey's only exclave – after a 1921 agreement with France that ruled Syria at the time – 30 kilometers from Turkey’s southern border with Syria.

The two-pronged operation began late Saturday and ended on Sunday. It brought the remains of Shah and sacred relics from the original exclave in Karakozak Village in Munbic, Syria, some 37 kilometers away from the border, to Turkey.

At the same time, Turkey also secured another area in Syria, Ashme, close to the border with Turkey to act as Shah’s temporary burial place.

The operation involved nearly 600 troops and 39 tanks to retrieve the remains and some 40 soldiers guarding them.

According to a treaty between Turkey and France in 1921, Turkey has the right to guard the tomb and raise a flag over it.