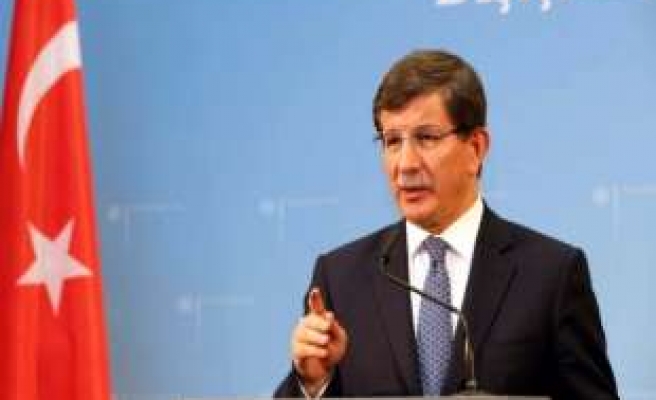 Turkish Foreign Minister Ahmet Davutoglu said Turkey keeps a close but constant watch on the rescue of the kidnapped Turkish pilots and hopes for good news.

The Turkish FM told reporters that he is in contact with the families of the abducted pilots and expressed that he feels their pain on Friday, when he held talks in Ankara with his Nicaraguan counterpart Samuel Santos Lopez.

"As in previous cases, Turkey keeps a quiet but constant watch on the abduction case. What is important here is to bring the pilots unharmed to their homeland. To that end, we are conducting every effort with our units. We hope we can receive good news," he stated, noting that Turkey rescued 158 citizens within the last 10 years.

Gunmen abducted Turkish pilot Murat Akpinar and his assistant Murat Agca on August 9, 2013 in Lebanese capital Beirut. A  group calling itself 'Zuwwar Imam al-Rida' (visitors of Imam al-Rida) has claimed responsibility for the abduction, demanding that Turkey talk with the Syrian opposition to secure the release of nine Lebanese nationals kidnapped in Syria in May 2012.

The Turkish FM expressed his pleasure at Nicaragua's reaction to the fatal Israeli raid operation on the Mavi Marmara aid flotilla which left 9 people dead.

"Nicaragua showed exemplary behavior in its response to the Mavi Marmara raid and suspended its relation with Israel," Davutoglu said. He welcomed the Latin American country's stance and praised its peaceful approach to international issues at the UN. Davutoglu noted the two countries are determined to increase their ties, with Lopez's visit to Ankara being the first of its kind from Nicaragua.

Nicaraguan FM Lopez said he had held comprehensive and friendly talks with Davutoglu. He noted they talked about regional and global issues as well, and the need for UN reforms.

"The UN needs some reforms since it turned into a slow and big elephant. It needs a flexible structure to meet people's need," he stated. Regarding the Syrian crisis, he noted that every conflict can be solved through dialogue, adding "People can benefit from peace. There is no reason for war."