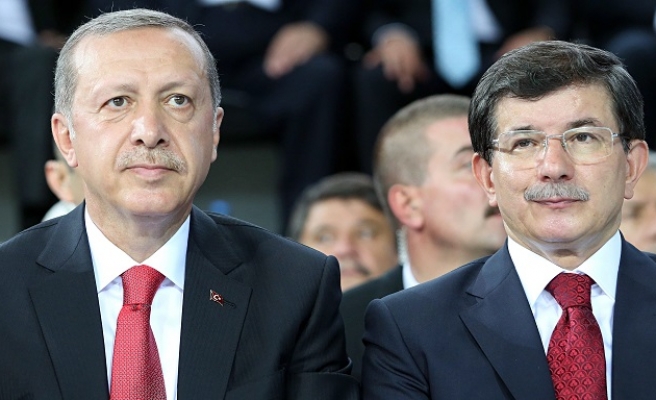 Erdogan on Monday called an early election which the presidency said "has become a necessity" after efforts to form a coalition government failed following the June 7 legislative vote.

Davutoglu is now obliged within the next five days to form the short-lived government to take Turkey towards the new elections that are expected on November 1.

Erdogan presented the mandate for Davutoglu to lead the caretaker government as prime minister at a meeting at his presidential palace.

The situation is unprecedented in modern Turkish history -- never before have parties failed to form a coalition after elections and new polls been required.

Erdogan wants the ruling Justice and Development Party (AKP) he co-founded to win back the overall majority it lost in June for the first time since it came to power in 2002.

Davutoglu is expected to give a statement from 1100 GMT, Turkish television reported. The poll date of November 1 is expected to be confirmed by Turkey's election body later Tuesday.

The opposition Republican People's Party and the Nationalist Movement Party (MHP) have refused to take part in an election government.

This forces Davutoglu to form an interim cabinet with the pro-Kurdish People's Democracy Party (HDP) as well as non-partisan figures outside parliament.

The prospect of forming a government -- however brief -- with the HDP is an unsettling prospect for Davutoglu who has accused the party of being a front for outlawed Kurdistan Workers Party (PKK).

Erdogan is hoping to emerge stronger from the next elections, with his eyes on a powerful presidency with full executive authority like in France or the United States.

To do this, the AKP needs to win a three-fifths majority with least 330 seats in parliament to change the constitution by calling a referendum.

A majority of two-thirds -- 367 seats -- would allow the changes to be passed without a referendum.

Turkey is being dragged into political uncertainty during one of the most critical periods in its recent history.

The economy is in decline while the country is on a heightened security alert with the government waging a dual offensive against ISIL and Kurdish militants in Iraq and Syria.