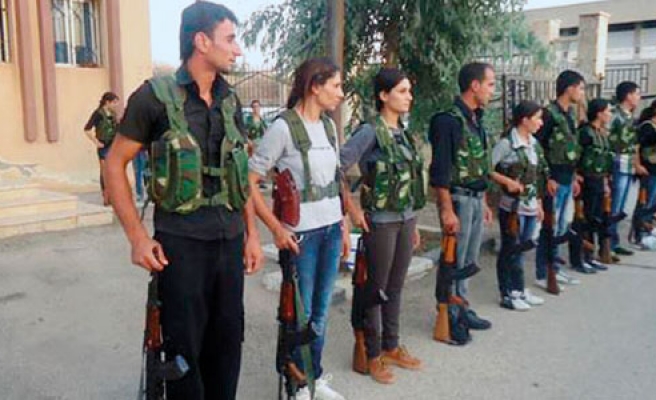 "We can if necessary take the same measures in Syria as we took in Iraq and Qandil," Davutoglu said in a televised speech in the eastern city of Erzincan, referring to the relentless bombing campaign last year against Kurdistan Workers Party (PKK) targets in northern Iraq on their Qandil mountain stronghold.

"We would expect our friends and allies to stand by us," he added.

Turkey considers the Syrian Kurdish Democratic Union Party (PYD) and its People's Protection Units (YPG) militia to be branches of the PKK which has waged a decades-long insurgency against the Turkish state that intensified in the last months.

Turkey this week reacted furiously to comments by the US State Department spokesman saying Washington did not recognise the PYD as a terror group and would continue to support its operations in Syria.

"The leadership cadre and ideology of the PKK and PYD is the same," argued Davutoglu.

"Those who say that they are not terror groups either do not know the region or have bad intentions," he said, in apparent reference to the row with Washington.

"We will be sending documentation to the United States very soon to show that the PYD is a branch of the PKK," he said. Washington recognises the PKK as a terror group, as does the European Union.

Davutoglu accused the PYD of cooperating both the regime of Syrian President Bashar al-Assad -- who Turkey wants to see ousted -- and his Russian allies, as well as committing war crimes.

"We are expecting a clear and unambiguous stand from the United States -- who we believe to be our allies -- against this slaughter of humanity," said the premier.

US State Department spokesman John Kirby said last week that the Kurdish fighters "have been some of the most successful" in fighting ISIL inside Syria.

He said the United States had supported the Kurdish fighters, mostly with air power, "and that support will continue."