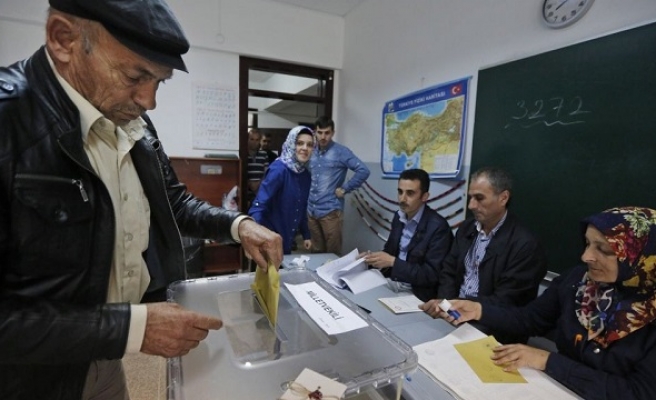 Turkey's ruling AK Party is seen falling short of the votes needed to form a single-party government in a snap election on Nov. 1 with 41.7 percent of votes, up from 40.9 percent in the June election, pollster Metropoll found in its latest survey.

The AKP lost its majority in a June 7 election for the first time since coming to power in 2002 and its leader, Prime Minister Ahmet Davutoglu was appointed on Tuesday to form a temporary power-sharing cabinet after coalition talks collapsed.

According to the Metropoll survey, backing for the main opposition CHP was at 25.5 percent, the nationalist MHP at 15.7 percent and the pro-Kurdish HDP at 14.7 percent - a rise in its support from 13.1 percent in June.

"It seems like the snap elections will not generate a different political situation from the election on June 7," Ozer Sencar, the chairman of Metropoll, wrote in the survey report.

Metropoll said the survey was carried out between Aug. 14-16 and involved 2,520 people.

Davutoglu has begun work on forming an interim power-sharing cabinet ahead of the election, but two opposition parties have refused to join and the HDP has said it doubted Davutoglu was serious about his call to joint the government.