President Gül has said the whole world, not only the Turkish nation, must face the brutality of the militant PKK in the wake of a deadly attack on a military bus on Thursday. 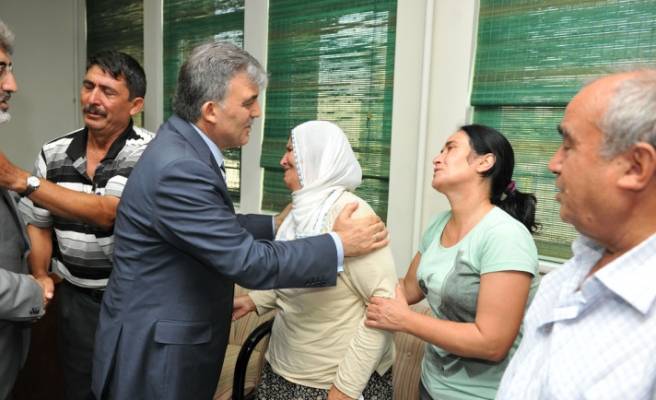 Turkish President Abdullah Gül has said the whole world, not only the Turkish nation, must face the brutality of the militant Kurdistan Workers' Party (PKK) in the wake of a deadly attack on a military bus on Thursday.

“I would like to stress this once again. Not only our nation, but the whole world must face up to the mentality of these people [PKK militants], who do not hesitate to shed blood, to set traps and to stage attacks without caring about the difference between civilians and security forces, and what they understand of humanity. They should already have understood this,” Gül said on Friday in İzmir after he visited those who were injured in an explosion when members of the PKK attacked a Turkish military bus on its way to a naval base in the western province of İzmir on Thursday.

A group of PKK operatives detonated a road-side bomb they had planted along a road in the province's Foça district as a military vehicle passed over it at around 8 a.m. on Thursday. They then opened fire on the vehicle, killing one soldier and wounding 11 people. Those injured also included civilians.

The PKK has recently stepped up its campaign of violence, killing eight soldiers last week in an attack on a military outpost in the southeastern province of Hakkari. Thursday's attack marks one of the miilitant organization's rare strikes in western part of the country in the past few months.