There is a need for realistic and sustainable education models, says Turkish prime minister 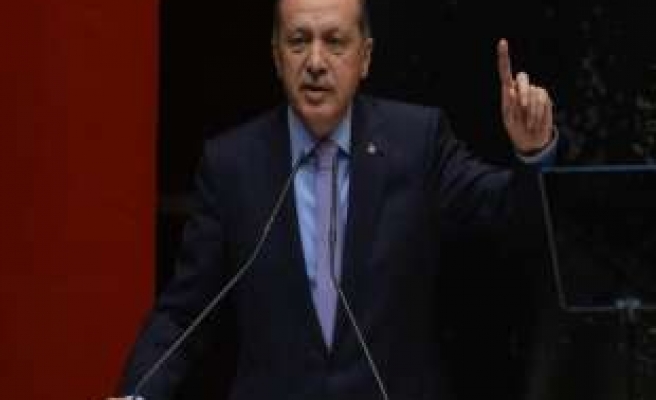 Turkey prioritizes investments in education and will continue to do so despite global cut backs in many fields including education due to economic stagnation in the past 6 years, said Turkish Prime Minister Recep Tayyip Erdogan on Wednesday.

Speaking at a OECD ministerial meeting on education held in Istanbul, Erdogan said they have made many important reforms to provide high quality education.

"We invest in future by making investments in education," he said. "We believe our efforts and reforms will not be fully achieved if we cannot come up with the results we would like to do in the field of education."

Turkey would continue to benefit from the experiences of the OECD, said Erdogan, adding that "this meeting will allow the participants from different countries to share their experiences and to find solutions to common problems."

Reminding that the government prolonged the compulsory education to 12 years, Erdogan said that "another project of ours was that we aimed to provide every student with tablet PCs".

He announced that a total of 75 thousand smarts boards will be delivered to schools and more than 1 million tablet PCs would be given to both students and teachers.

Stating that there were nearly 5 million Turkish people living more than 50 years in Europe, Erdogan complained that they have not obtained the right of education in native language yet despite their demands.

Referring to the air strike targeting a high school in the Syrian city of Raqqah and the attack on a school in Nigeria, which killed 40 students, recently, Erdogan said children were affected most by such acts of violence and it is difficult for them to continue their education under such conditions.

He stressed that most of the problems the word is facing arises from the lack of education, calling on educators and education ministers to take necessary steps to put an end to it.

Some 26 ministers from 39 countries and 155 representatives attended the meeting which will end on Thursday.

Meanwhile Secretary General of the OECD, Angel Gurria, emphasized the importance of basic skills in order to be successful in today's world.

Gaining skills through education will help increase employment, he added.

Some 26 ministers from 39 countries and 155 representatives attended the meeting.