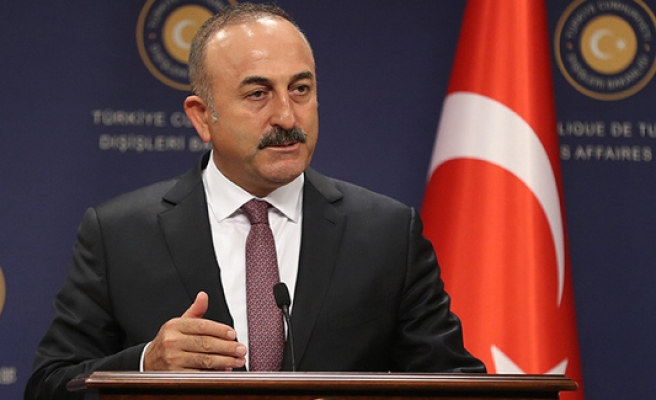 Turkey proposed that the U.S. should send its own Special Forces to northern Syria to back moderate opposition forces fighting against ISIL, Turkish Foreign Minister Mevlut Cavusoglu said Sunday.

In his address to the Munich Security Conference, Cavusoglu called on the U.S. and other allies to end their support for the terrorist PKK's Syrian offshoot, PYD, and instead support the moderate opposition forces in a stronger way.

"Two days ago [U.S. Chairman of the Joint Chiefs of Staff] Gen. [Joseph] Dunford was in Ankara to discuss all these technical issues. Yes, we proposed to the U.S. to put their Special Forces on the ground to support the local moderate forces,” he said.

Cavusoglu underlined that the right group to support in the fight against ISIL should be the Syrian moderate opposition forces instead of the PYD/YPG, which are affiliated with the terrorist group PKK seeking an independent state.

“That is the mistake the previous administration in the U.S. made. They gave weapons to YPG and PKK got some of the weapons. And PKK used those weapons in their terrorist attacks in Turkey,” he said.

Cavusoglu highlighted the success of the Syrian moderate opposition forces in the Turkey-led Operation Euphrates Shield in which Free Syrian Army fighters liberated significant areas along the Turkish border from ISIL, including large parts of Al-Bab in Syria’s Aleppo province.

“We are about to take back Al-Bab. After Al-Bab, we can take back Raqqah together,” he said, referring to the stronghold of the terrorist group ISIL in northern Syria.

Cavusoglu called on partners from the anti-ISIL international coalition to send their special forces for the planned ground offensive to retake Raqqah.

“Why are we relying on a terrorist organization in our fight?” he asked, referring to the U.S. military’s support for the PKK/PYD terror under ex-President Barack Obama’s administration, which saw the group as its ground ally against ISIL in Syria.

Cavusoglu underlined that PKK/PYD’s main interest was not to defeat ISIL, but to gain more territory and to create its own cantons or an independent state.

“We cannot tolerate any terrorist canton or state in the northern part of Syria,” he said, reaffirming Ankara's long-standing position.

He recalled reports of ethnic cleansing carried out by PKK/PYD forces in areas captured by the group, and said the PKK affiliated group was not interested at all in peace or securing the unity of Syria.

The Turkish foreign minister also warned against possible sectarian and ethnic tensions, in the case of PKK/PYD forces, or Shia militias joining the Raqqah operation.

On Friday, President Recep Tayyip Erdogan said Turkey's target after liberating Al-Bab, Syria, from ISIL is the town of Manbij, and clearing the terrorist PKK's Syrian offshoot, PYD, from the region.

An upcoming target is Raqqah, a Syrian city on the northeast bank of the Euphrates River.

Erdogan added, “As you know, Raqqah is the most important center for ISIL, so I have told Mr. Donald Trump that we, as coalition forces, are together for the goal of clearing the region of ISIL."