52-year-old Dink was shot dead outside his newspaper's offices in Istanbul on January 19, 2007. 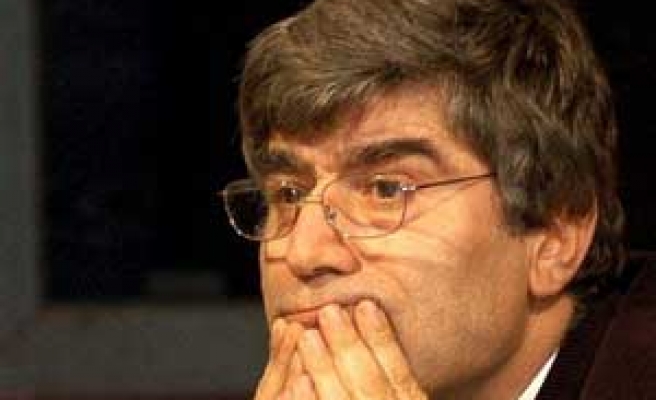 The Turkish foreign minister said late on Tuesday that Turkey was focusing on a "friendly settlement" regarding Turkish-Armenian journalist Hrant Dink case at the European Court of Human Rights (ECHR).

Ahmet Davutoglu said Turkey was planning to take some steps to handle several issues, particularly the Dink case, in line with contemporary and universal law.

"We are particularly thinking of a friendly settlement," Davutoglu told a televised interview.

Davutoglu said the file submitted to the ECHR regarding Dink included to claims, one of which was related with right to life and the other, freedom of expression.

"The state has to fulfil all its responsibilities regarding right to life and freedom of speech without any discussion," Davutoglu said.

Davutoglu said Turkey had to take steps to broaden freedom of expression.

52-year-old Dink was shot dead outside his newspaper's offices in Istanbul on January 19, 2007.