Turkey says up to 160 PKK militants killed in N.Iraq strikes

The attacks, the first in more than a year on militant Kurdistan Workers Party (PKK) bases in Iraq, were launched after PKK assaults in Turkey killed more than 40 security force personnel over the previous month. 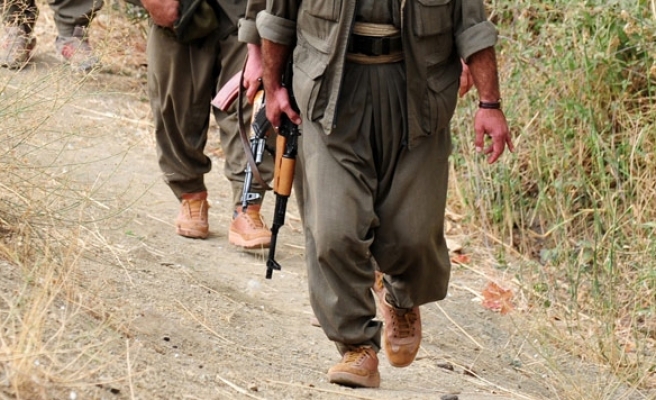 Turkey's armed forces said on Monday some 145-160 PKK militants were killed in the military's air and artillery strikes in northern Iraq this month, raising the toll from between 90 and 100 militants.

The attacks, the first in more than a year on militant Kurdistan Workers Party (PKK) bases in Iraq, were launched after PKK assaults in Turkey killed more than 40 security force personnel over the previous month.

The raids have fuelled tensions between Turkey and the semi-autonomous Kurdish region after lraqi Kurdish officials said one air strike killed seven civilians a week ago, triggering protests in the capital Arbil and other towns.

The Turkish General Staff said in a statement on Monday more than 100 PKK militants were also wounded in the operation launched on Aug. 17, basing its figures on "various sources".

The figures could not be confirmed. The PKK has reported three of its militants have been killed in the attacks.

Iraqi Kurdish lawmakers on Friday demanded Turkey apologize for the air strikes and called for Turkish military bases inside Iraqi territory to be closed.

Turkish warplanes also launched 21 air strikes between Aug 25-28 in the Zap and Gara areas of northern Iraq, where the PKK has bases from which it launches attacks on southeast Turkey. Artillery struck 38 targets over the same four-day period.

"The separatist terrorist group's activities in northern Iraq and domestically will continue to be monitored closely and the air and land operations will continue decisively," the Turkish military said.

Iraq says Turkey still has 1,300 military in Iraqi territory at small observation posts set up in the 1990s with the permission of Baghdad.

Turkey and Iran often shell inside Iraqi territory to hit bases run by the PKK, or its Iranian offshoot the PJAK.