AKP celebrated victory in a referendum on constitutional reform that was seen boosting its chances of winning a third term at an election due within 10 months. 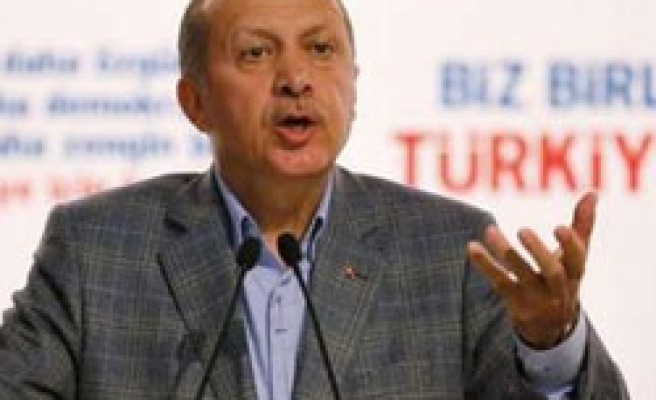 Turkey's ruling AK Party on Monday celebrated victory in a referendum on constitutional reform that was seen boosting its chances of winning a third term of single-party rule at an election due within 10 months.

Unofficial results from the referendum Sunday showed that 58 percent of the voters approved the amendments while 42 percent voted against with all boxes counted.

No sooner had Prime Minister Tayyip Erdogan declared victory than he stoked hardline secularists' worst fears by serving notice that his AK party would start work on a brand new constitution.

The High Election Board is expected to announce the official results on Monday.

"'Yes', but it is not enough," said a headline in the liberal Radikal daily, saying the result showed enthusiasm for change and the desire for a totally new constitution.

Turks voted on the 30th anniversary of the 1980 military coup, and Erdogan had whipped up public support to change a charter written during army rule by reviving memories of the brutal repression that followed the generals' takeover.

"Turkey cleans away the shame of the coup," said a headline in the pro-government Sabah daily.

The secularist opposition's poor showing was completed by a mix-up that prevented Kemal Kilicdaroglu, chairman of the Republican People's Party (CHP), from voting.

A CHP statement said its party leader had been "unaware" of changes to regulations limiting where members of parliament could vote. The CHP has pinned hopes on Kilicdaroglu to galvanise the party of Turkey's founder, Mustafa Kemal Ataturk, before next year's vote.

Kilicdaroglu said that the nation was the final decision-maker in a democracy, and therefore, he respected the will expressed by citizens.

"When we look at the result, we see that AK Party has taken a very important step towards creating a judiciary mechanism that is entirely dependent on itself," Kilicdaroglu said.

Kilicdaroglu also noted that CHP would continue to stand against all the steps taken by AK Party in an effort to intensify pressure over the jurisdiction, and warn the citizens on such issue.

"We respect the referendum's result, however, it should be known that Turkey cannot and should not proceed on its way with decisions or regulations made by two people only," he said.

Critics believe the AK government will push through legislation without fear of the Constitutional Court blocking its way, as it did in 2008 when it struck down moves to lift a ban on women in headscarves attending university.

Erdogan's government has won over many Turks by spearheading a drive to oversee reforms and a period of unprecedented economic growth that have transformed Turkey from a financial basket case to a star emerging market.

"The comfortable margin of the "yes" vote is market positive as it indicates that the AKP has good prospects of winning a third tern at the general elections due by July 2011," Wolfango Piccoli, a London-based analyst at Eurasia Group consultancy, said in a note.