Turkish police raided the homes and offices of several theology professors over suspected links with the 2007 Zirve Publishing House murders. 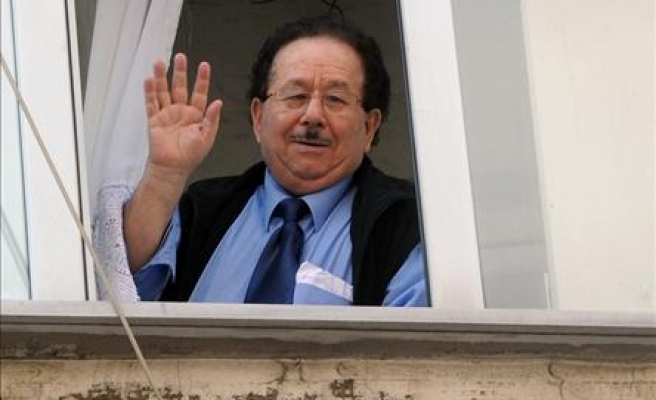 Turkish police on Wednesday raided the homes and offices of several theology professors as part of a major operation carried out in conjunction with the Ergenekon investigation into suspected links with the 2007 Zirve Publishing House murders, in which three people who sold Christian literature were killed.

All theologians are well known for their research and books on missionary activities in Turkey.

The raid followed the earlier arrest of seven individuals, including military officers and a theologian, due to suspected links to the Zirve killings. The suspects stand accused of having masterminded and instigated the murders as part of Ergenekon's plan to lay the groundwork for a military takeover. Ergenekon is a clandestine criminal network accused of working to topple the government.

On April 18, 2007, Necati Aydın (35), Uğur Yüksel and German national Tilmann Ekkehart Geske (46) -- all Christians -- were tied to their chairs, tortured and stabbed at the Zirve Publishing House in the southeastern Anatolian city of Malatya before their throats were slit. The publishing house they worked for printed Bibles and Christian literature. A total of nine men have been charged in connection with the murders.

The raid was ordered by an İstanbul court upon the request of Zekeriya Öz, the chief prosecutor in the investigation into Ergenekon. Dozens of suspects, including businessmen, journalists and academics, are currently in prison on terror and coup charges as part of the Ergenekon case.

Professor Küçük spoke to reporters about the search. He said police were examining books, magazine and computers records in his house. "The search is linked to murders in Malatya. I do not have any connection to such incidents [murders.] I do not have any connection to suspects in the Zirve murders. I did not have personal contact or phone talks with them," he said. The professor also said he carried out research and wrote books about missionary activities as a scholar.

Police also searched the office of the Association of History of Religions in Turkey (TÜDTAD), which Küçük heads.

Oktay Şahin, the ex-son-in-law of Professor Beyaz, also told reporters that the search was connected to the Zirve murders. Şahin also said he is the head of a district branch of the Workers' Party (İP) in İstanbul. İP Chairman Doğu Perinçek has been under arrest since 2009 on charges of Ergenekon membership. Police did not allow Şahin and his son to enter Beyaz's house as the search continued. A neighbor of Beyaz told reporters that police seized a large number of documents from the professor's house, including Beyaz's studies on internationally-renowned Turkish scholar Fethullah Gülen.

İstanbul Governor Hüseyin Avni Mutlu said no one was taken into custody as part of the Zirve operation in İstanbul. "There were earlier arrests as part of operations carried out in relation to the attack on the Zirve Publishing House. Homes and businesses are being searched as part of today's operation. There have been no detentions yet. The searches are being carried out by the police force in line with demands coming from related bodies. There are operations in six provinces in addition to İstanbul," he noted.

The link between the missionary murders and Ergenekon has long been suspected and the ongoing case at the Malatya 3rd High Criminal Court is expected to be merged with the ongoing Ergenekon case once the prosecutor's investigation of the Zirve murders is completed. Last year, lawyers representing families of the Malatya victims appealed to prosecutors investigating the Ergenekon trial, calling for a merger of the two trials.

The Malatya murders are thought to be a part of the Cage Action Plan, a subversive plot allegedly devised by military officers that sought to undermine the government through the assassination of non-Muslims and other acts of terror. The Cage plan was allegedly drawn up upon orders from Ergenekon. Cage plan documents specifically call the killings of Armenian-Turkish journalist Hrant Dink, Catholic priest Father Andrea Santoro and the three Christians in Malatya an "operation." An anti-democratic group within the Naval Forces Command behind the Cage plan had intended to foment chaos in society with those killings, but complained that the plan had failed when large segments of society protested the killings in mass demonstrations.