Constitutional reforms include change in structure of Supreme Board of Judges and Prosecutors, as well as the Constitutional Court, country's top judiciary body. 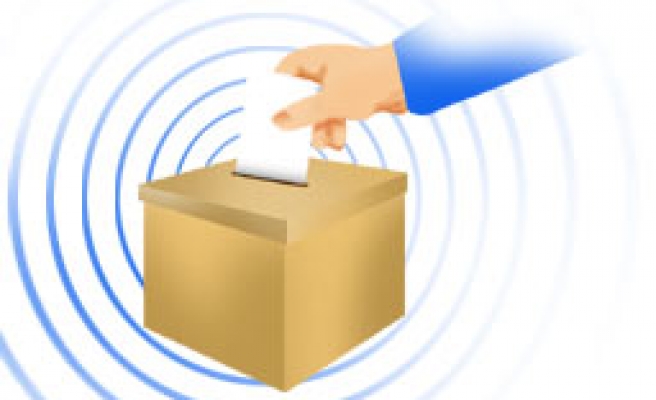 Turkish electors will go to polls on September 12, 2010 to vote a constitutional amendment package.

Five referenda have so far been held in Turkey regarding constitutional amendments.

The first referendum took place for 1961 Constitution which was prepared after military coup on May 27, 1960. The constitution was adopted with 61.7 percent affirmative votes in the referendum, held on July 9, 1961.

Under the constitution submitted to referendum, Cemal Gursel was elected as the fourth president of Turkey.

After 21 years, Turkish voters went to polls for the second time to vote on 1982 Constitution which was also prepared after another military coup September 12, 1980.

Third referendum took place on September 6, 1987 to decide whether the banned leaders should be allowed to return to politics or not.

According to results announced by Higher Electoral Board on September 12, 1987, 50.3 percent of the electors voted "yes" and 49.8 percent voted "no" out of the 24,436,821 electors. The political bans were thus cancelled.

Turkey's fourth referendum was thus on a constitutional change to allow the local elections to move to the earlier date. The referendum took place on September 25, 1988. 65 percent of the electors voted "no" for the change and 35 percent "yes". Thus early local elections did not take place.

On October 3, 2001, Parliament adopted a law making amendment to the preamble of the Constitution and Article 33.

Then president Ahmet Necdet Sezer approved 32 articles of the law, however decided to put article 27 (arranging subsidies and travel allowances to parliamentarians) to referendum. The law, apart from Article 27, was enacted on October 2001 after being published in the Official Gazette.

However, the Parliament made an amendment to the article in question and thus decision of then President Sezer to put the article to referendum was annulled.

Turkey is set to head for the polls on September 12 for the sixth time to vote constitutional amendment package. 49,446,269 electors will cast their votes.

Now, Turkish people will vote for or against a package of government-sponsored constitutional amendments on September 12, the 30th anniversary of a military coup in Turkey.

Nearly 49.5 million citizens will cast vote in the referendum. Voting has already begun at border gates on August 3.

Opposition parties CHP and MHP accuse the government of attempting to politicize the judiciary and subordinate the judiciary to the executive branch. BDP announced that it would boycott the referendum.