Turkey, Spain to cooperate in education 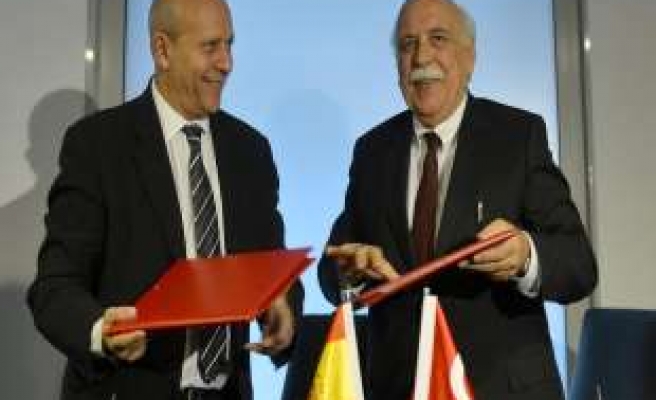 The signing ceremony was held in a hotel in Turkey's Istanbul city where Organisation for Economic Co-operation and Development (OECD) Education Ministerial Meeting was also carried out.

Turkish minister Avci said the agreement would contribute significantly to the improvement of cooperation in education between the two countries.

Ortega, meanwhile, underlined the efforts made to improve activities in education in both countries.

OECD  informal meeting of ministers of education was held in Istanbul on 2-3 October, 2013.