Turkish electors began to cast votes in the referendum on a package of government-sponsored constitutional amendments on 30th anniversary of a military coup in Turkey. 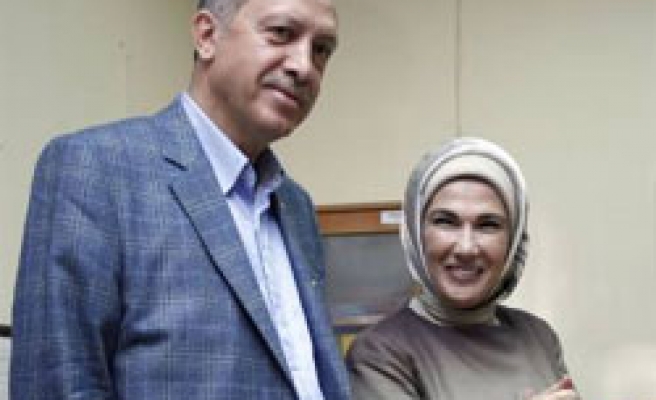 Turkish electors began to cast votes in the referendum on a package of government-sponsored constitutional amendments on Sunday, on September 12, the 30th anniversary of a military coup in Turkey.

A late opinion poll showed a clear majority of Turks backing the package, which includes changes to the judiciary. Other polls have shown the result too close to call.

Nearly 49.5 million citizens will cast vote in the referendum. Voting has already begun at border gates on August 3.

Opposition parties CHP and MHP accuse the government of attempting to politicize the judiciary and subordinate the judiciary to the executive branch. BDP announced that it would boycott the referendum.

Prime Minister Tayyip Erdogan has said the changes to a charter drafted in the 1980s after a military coup exactly 30 years ago are needed to strengthen democracy.

Since winning power in 2002, AK has overseen a period of record economic growth and relative stability in a country with a history of financial mismanagement and political upheaval.

"Turkish democracy is at a turning point today, we are sitting an important test," Erdogan said after voting in Uskudar district of Istanbul, as police sharpshooters lay in position on rooftops around the school serving as a polling station.

Security forces and Kurdish activists urging a boycott of the vote clashed in parts of the southeast, and a soldier was killed by a land mine near the town of Siirt.

How Kurds vote could prove important in a tight race. Erdogan said the boycott had little impact except in Hakkari district bordering Iran.

To whip up support, the government has revived memories of the brutal repression that followed the 1980 coup.

"A 'yes' has to come out of today's vote, not only for the democratic future of Turkey, but also to right the wrongs of the past and ease the pain of those who suffered in the 1980 coup," a soldier at the time of the coup, Sahit Yilmazer, said as he voted in Istanbul.

"Turkey is going through a crisis," Sarenur Beyan, a 43-year-old driving instructor, visibly angry after casting a vote at the same polling station as the prime minister.

"I voted 'no' because I can't support Tayyip Erdogan. He runs the government like his own fiefdom... How can you say 'yes' to that?"

A survey by KONDA institute said the reforms would pass with a "yes" vote of 56.8 percent in Sunday's plebiscite, seen as a key gauge of Erdogan's support before a parliamentary election next year.

However, KONDA said 17.6 percent of the electorate were still undecided. Earlier polls this week showed the vote was too close to call, with one predicting a narrow defeat for the reform package and the other suggesting it would pass by the slimmest of margins.

Defeat in the referendum would damage the ruling party's morale ahead of the parliamentary election, due by July 2011.

Tarhan Erdem, head of KONDA, said the AK party however did not face a real challenge heading into next year's election, and voting in the referendum would follow party loyalties.

"The lack of a strong party other than AKP is a major shortcoming of Turkish politics.... falling opposition to the reforms is due to a decrease in support for the CHP," he said.

Kemal Kilicdaroglu took over the secularist CHP in June after veteran leader Deniz Baykal resigned after a sex scandal. While support surged to 35 percent from a previous 20 percent after his immediate appointment, Kilicdaroglu failed to keep up this momentum, Erdem said.

Turkish markets are unlikely to move significantly if the constitutional changes pass, but could turn bearish if the government loses the plebiscite.

The KONDA poll was conducted on Sept. 4-5 and had a margin of error of plus or minus 2 percent.