Sources say the BDP decided to end its boycott during a recent Party Council meeting. 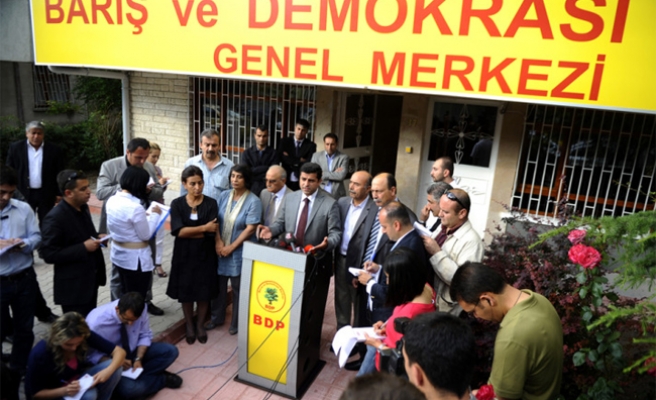 Turkey's pro-Kurdish Peace and Democracy Party (BDP), which has refused to take the oath of office and assume its seats since the June 12 elections, plans to end its boycott in October, when the Turkish Parliament returns from its summer recess.

Sources say the BDP decided to end its boycott during a recent Party Council (PM) meeting. The BDP administration reportedly took that decision considering that the political parties in Parliament have begun working on a new constitution and that the BDP should also take an active role in these efforts.

The BDP has refused to take an oath and join in parliamentary proceedings in protest of the imprisonment of six of its deputies. Thirty-six independent deputies supported by the pro-Kurdish BDP were elected in the June 12 elections. However, six of the BDP-backed deputies are currently under arrest as part of the Kurdish Communities Union (KCK) trial. The BDP made the decision to boycott after the Supreme Election Board (YSK) stripped Hatip Dicle, one of the six jailed BDP deputies, of his mandate over a prior terrorism-related conviction after the June 12 vote.

Prime Minister Recep Tayyip Erdoğan has on several occasions called on the BDP to end its boycott. He renewed his call over the weekend in the wake of a series of attacks by the outlawed Kurdistan Workers' Party (PKK) and said the party has no option but to return to Parliament. "If you fail to distance yourself from terrorism, blood, murder and ambushes, you would betray your voters and cannot be accepted as engaging in legitimate politics. Return to your legitimate place, which is Parliament. Others have also said the same thing. They said they would not enter Parliament unless their [jailed] colleagues do. What happened? They have come. These [BDP deputies] will also come. They have no other choice," Erdoğan said on Sunday.

He was referring to a similar boycott by the main opposition Republican People's Party (CHP), which had also announced following court decisions to bar three of its deputies from entering Parliament that it would not take the oath of office until its colleagues are allowed to do so. The CHP changed its mind in July after an agreement on a joint declaration with the ruling Justice and Development Party (AK Party) and its deputies took their oaths.

Deputy Prime Minister Bülent Arınç also called on the BDP deputies to assume their seats in Parliament on Thursday and said the venue for discussing the country's problems is Parliament. "The heart of both democracy and politics is Parliament," he said.