Sources said Kılıçdaroğlu has tried to create a balance between older and more experienced figures in the party and the younger generation of members. 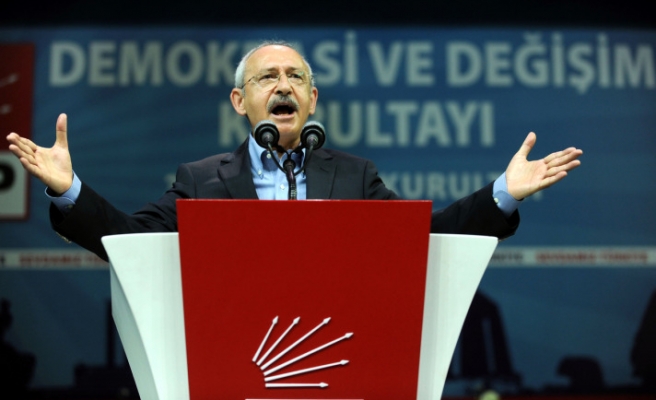 The Republican People's Party (CHP), which held its 34th regular congress earlier this month, announced its new Central Executive Board (MYK) on Monday, with 11 party officials retaining their former posts.

The members of the MYK were selected by CHP leader Kemal Kılıçdaroğlu from among the 60-person Party Council. Sources said Kılıçdaroğlu has tried to create a balance between older and more experienced figures in the party and the younger generation of members.

The number of MYK members has increased to 18, up from 17, with the latest appointments, according to a written statement released by the party. CHP Samsun deputy Haluk Koç was appointed CHP spokesperson and deputy chairman responsible for public policies.

Professor Sencer Ayata was appointed MYK member responsible for research and development, science, administration and cultural platforms; Emrehan Halıcı will oversee information and communication technologies; Faruk Loğoğlu will be in charge of foreign affairs and overseas branches; Şafak Pavey will direct environmental and social policies; Faik Öztrak will be responsible for economic policy; and Gülseren Onanç will manage public relations.

Nihad Matkap will be responsible for nongovernmental organizations and other professional institutions; Bülent Tezcan will oversee elections and legal affairs; Gökhan Günaydın will manage local administrations; and Bihlun Tamaylıgil has been appointed the party's secretary-general.