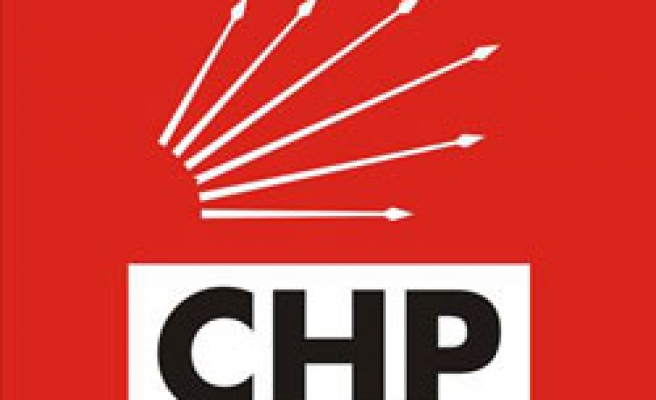 Turkey's main secularist opposition Republican People's Party (CHP) Deputy Chairman Hakkı Suha Okay has said his party plans to submit a proposal to Parliament for the abolition of the notorious Article 35 of the Turkish Armed Forces (TSK) Internal Service Law on Friday at the latest.

The article effectively paves the way for the military to intervene in domestic affairs under certain circumstances and carry out coups.

“We are working on a proposal for the abolishment of the article. We will submit the proposal to Parliament on July 30 at the latest,” Okay told reporters on Monday during a CHP rally in the northern province of Giresun.

The article stipulates that the duty of the TSK is "to protect the Turkish motherland and the Constitution". The TSK has carried out coups in the past, invoking this article as justification.

The abolition of the notorious article is likely to boost cooperation between the CHP and the Justice and Development Party (AK Party), a rare occurrence for Turkey.

Last week CHP leader Kemal Kılıcdaroglu called on Prime Minister Recep Tayyip Erdogan, who is also the leader of the AK Party, to remove Article 35 to prove his sincerity about settling accounts with the perpetrators of the Sept. 12, 1980 coup d'état and its legacy. Erdoğan responded to the call positively and said politicians can set up a commission to consider abolishing the article and invite Parliament -- which is currently on summer recess -- to hold an extraordinary session to remove the article.

"AKP not hopeful about CHP help"

The AK Party is, however, not hopeful about the CHP's cooperation on the abolishment of the notorious article due to past bitter experiences. In the past, the CHP retreated from its promises to cooperate with the AK Party.

In the meantime, Deputy Prime Minister Cemil Cicek expressed doubt over the CHP's willingness to cooperate with the ruling party until Article 35 is abolished. “The CHP brought up Article 35 to change the agenda. It had previously proposed removing Article 15 of the Constitution. We included the removal in the constitutional amendment package, but the CHP refused to cooperate,” he said.

On the abolishment of Article 15 of the Constitution, which prevents any legal action against the instigators of the 1980 coup, the CHP said it was ready to take any step to get rid of the article. When the AK Party moved to remove the article, however, the CHP refused to cooperate.

Cicek also criticized the main opposition party for its support of a controversial General Staff statement released on April 27, 2007, on its website that weighed in on the presidential election process. “Where was Kılıcdaroglu on the night of April 27?” he asked, and called on the CHP administration to file a criminal complaint against former Chief of General Staff Gen. Yasar Buyukanit, who later confessed to having authored the memorandum.

The April 27 e-memorandum was written in the form and style of the memorandum of March 12, 1971. Its concluding paragraphs targeted the AK Party government -- though in a more cautious manner -- and demanded political changes.

After listing "cases of reactionaryism,” it openly interfered with the presidential election and threatened that the TSK would be spurred into action to protect the values of the republic if the government failed to do so.