Turkey's new Prime Minister Ahmet Davutoglu has formed a new government on his first day on the job. 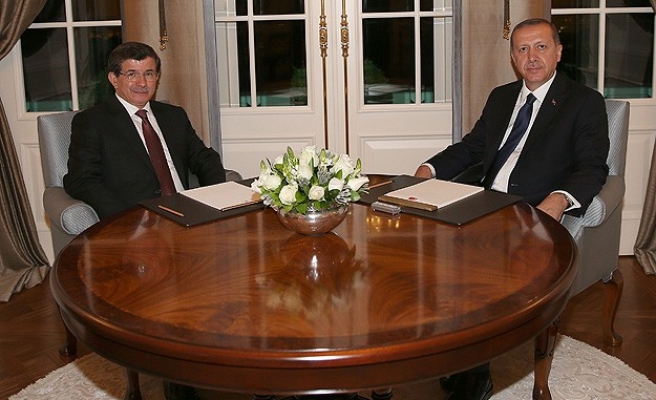 Contrary to speculation, Faruk Celik remained as Labor and Social Security Minister despite reports that he had emptied his office earlier in the day. Faruk Celik had come under fire after a mine disaster in Soma, Manisa, claimed the lives of 301 miners this summer.

Besir Atalay, a former deputy prime minister who had helped oversee the peace process, loses his job in the new cabinet but Akdogan will take over his role on the Kurdish issue, officials said, and act as a bridge between Erdogan and the cabinet.

"Akdogan may be a critical channel for establishing the link between the presidential office and the government, given that Erdogan wants to maintain an active political position," said Ilter Turan, professor of political science at Bilgi University.

Davutoglu, who had been serving as foreign minister since 2009, was elected chairman of the ruling Justice and Development Party at an extraordinary congress Thursday and became, de facto, prime minister.

Davutoglu becomes the second chairman of the AK Party succeeding Erdogan, who had been party leader for 15 years.

Turkey's 12th president, Erdogan, was elected on August 10, garnering around 52 percent of the vote. He was sworn in Thursday.

"The doors of Great Turkey have been opened," the main headline in the newspaper Sabah said on Friday, praising the transfer of power along with other pro-government newspapers.

Victory in Turkey's first popular presidential election this month gave a him a fresh mandate to push on with what he sees as a historic mission to transform Turkey domestically and as a regional power.

Erdogan has made clear he plans to establish an executive presidential system, expanding the role's current powers.

Turkey's new cabinet is as follows: