The current charter, the product of a 1980 army coup, still bears the marks of military tutelage, despite numerous revisions. 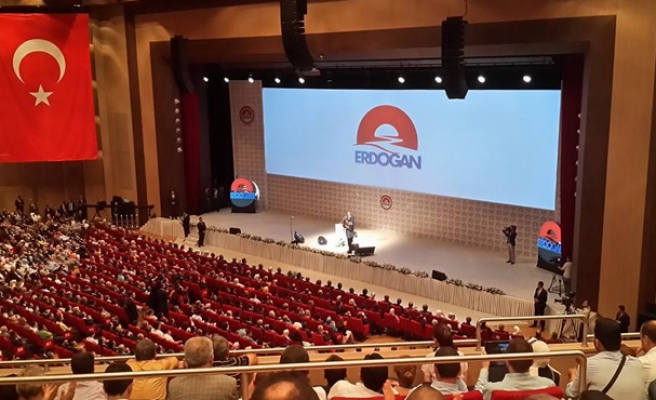 Turkish Prime Minister Recep Tayyip Erdogan outlined his vision for a "pioneering new Turkey" on Friday, pledging to re-write the constitution, forge a more prominent role on the world stage and deepen democracy if he becomes the country's first popularly-elected president.

Launching his campaign for an August election he is almost certain to win, the man who has dominated Turkish politics for more than a decade cast his bid for the presidency as part of a historic path of change, breaking the shackles of a status quo he said had held Turkey back for decades.

"The old Turkey is in the past now. The gates of the old Turkey are closed. The people's will to change has found its voice," Erdogan, 60, told several thousand supporters in an Istanbul conference hall, in a speech lasting almost two hours.

The combative prime minister has endured one of the most challenging periods of his political career, facing down widespread anti-government protests and a corruption scandal over the past year, as well as contending with a deepening security threat posed by chaos in neighbouring Iraq and Syria.

"The president is head of the family and shouldn't be a man with a stick beating everyone over the head," Erdogan's main challenger Ekmeleddin Ihsanoglu, 70, said late on Thursday as he unveiled his strategy at a markedly more reserved event.

"It's the 21st century. The times of foot whipping are long gone," said Ihsanoglu, a former head of the Organisation of Islamic Cooperation who is the joint candidate for the CHP, the party of Mustafa Kemal Ataturk, founder of the modern secular Turkish state, and of the nationalist MHP.

Two polls late last month suggested Erdogan would comfortably win the election in the first round on Aug. 10, giving him 55-56 percent of the vote, a 20-point lead over Ihsanoglu, his nearest challenger.

If no candidate wins more than 50 percent in the first round, a runoff vote will be held on Aug. 24.

Erdogan has made little secret of his desire to create an executive presidency in Turkey, something that would require a constitutional change which his ruling AK Party could push through if it secures a wider majority of at least two thirds in parliamentary elections due next year.

A new constitution was also one of Erdogan's key pledges in 2011 when running for a third term as prime minister. The current charter, the product of a 1980 army coup, still bears the marks of military tutelage, despite numerous revisions.

A cross-party panel charged with making recommendations for a new charter tried in vain for two years to reconcile its differences on some of Turkey's most deeply divisive issues, such as the creation of an executive presidency, the definition of citizenship and the protection of religious freedoms.

Turkey has seen an unprecedented increase in prosperity under Erdogan, whose tenure began after a period of unstable coalition governments and repeated economic crises.

Erdogan has also done more than previous Turkish leaders to make peace with the Kurdish community, which makes up around a fifth of the population, engaging in negotiations to end a three-decade insurgency in the mainly Kurdish southeast.