Discussed during the meeting was a long-planned Kurdish conference set to take place in northern Iraq under the auspices of the KRG with the participation of delegates from Turkey, Syria, Iraq, Iran and Europe. 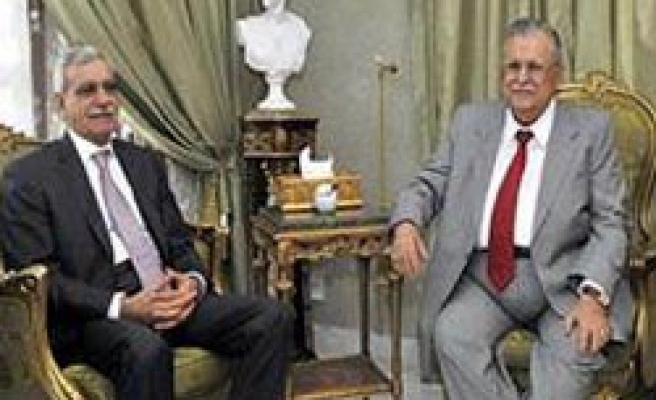 A delegation from the pro-Kurdish Peace and Democracy Party (BDP) and the BDP-affiliated Democratic Society Congress (DTK) had talks with Iraq's President Jalal Talabani on Sunday in Sulaimaniya, an Iraq-based Kurdish news agency reported on Monday.

Executives from the Talabani-led Patriotic Union of Kurdistan (PUK) and the PUK's representative in Ankara, Bahroz Galali, also attended the meeting, which lasted around two hours.

Discussed during the meeting was a long-planned Kurdish conference set to take place in northern Iraq under the auspices of the Kurdistan Regional Government (KRG) with the participation of delegates from Turkey, Syria, Iraq, Iran and Europe.

The delegation, which earlier held had a meeting with Kurdistan Democratic Party (KDP) leader Massoud Barzani in Arbil, is set to return to Arbil on Monday in order to hold talks with KDP deputy Nechirvan Barzani.

The PKK has declared that it will halt all attacks until Sept. 20 and if certain conditions are met, they will prolong the period of de-escalation. The PKK demands that the Turkish government halt military operations in Kurdish areas, release pro-Kurdish politicians arrested during security forces operations and accept the imprisoned leader of the militant PKK, Abdullah Öcalan, as an "interlocutor", while lowering the election threshold to below 10 percent.

The BDP is demanding the same and says if there are any positive signs concerning these demands, they will reconsider their decision to boycott the upcoming referendum on a government-backed constitutional reform package on Sept. 12.