The CHP leader also said a peacekeeping force should be established to ensure the implementation of any agreement reached. 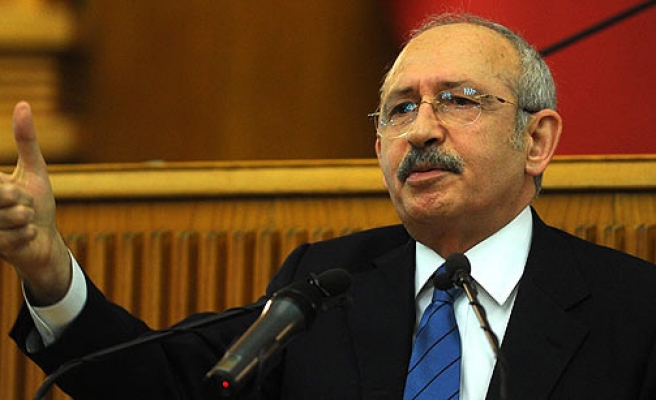 The leader of Turkey's main opposition Republican People's Party (CHP) on Tuesday unveiled a proposed roadmap for ending the ongoing Syrian crisis, calling on Turkey to organize an international conference under the auspices of the UN.

Speaking during his party's parliamentary group meeting, CHP Chairman Kemal Kılıçdaroğlu urged the government to take the CHP's suggestions into consideration if it's serious about ending bloodshed in Syria and the establishment of a new order respectful of human rights.

Explaining the details of the CHP's roadmap, Kılıçdaroğlu said Parliament can hold an urgent session on Syria and call for an international conference under the auspices of the UN.

“Representatives of the Syrian regime and the opposition should be invited to the conference and should be given full authority [as representatives]. The conference should be composed of three stages. The first should focus on the opinions and statements [of these groups]. In the second stage, there should be an agreement concerning initial negotiations. The Syrian sides should be urged to reach an agreement and talks should continue until they reach a deal. In the third stage, the document on the agreement between the two sides should be voted on at the conference before it is submitted to the UN Security Council,” Kılıçdaroğlu said.

The CHP leader also said a peacekeeping force should be established to ensure the implementation of any agreement reached. “This solution would boost Turkey's international prestige,” he said.