Erdogan said that he had discussed the constitutional amendment with main secularist opposition leader Kilicdaroglu. 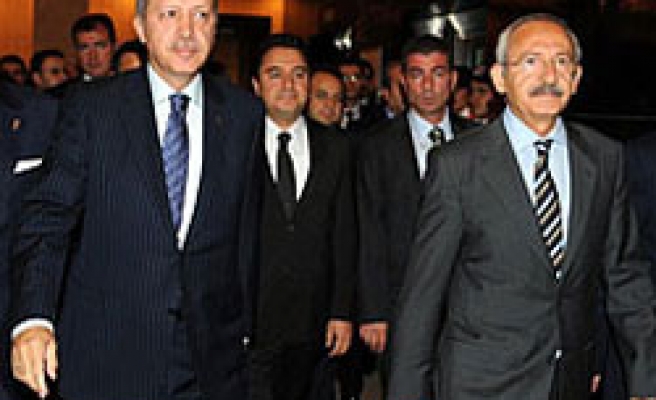 Turkey still insists on imposing headscarf ban as a country whose population is 99 percent Muslim and majority of women wear headscarf as a religious practice.

Replying to questions of reporters after a meeting of the Confederation of Turkish Tradesmen and Craftsmen at Rixos Hotel in Ankara, Erdogan said, "I told him [Kilicdaroglu] that he had mentioned several times the headscarf issue at rallies. And what did I tell? We should take step on the matter and work on it."

In early February 2008, the ruling AK Party with the support of the opposition Nationalist Movement Party (MHP) passed a constitutional amendment that would have lifted the ban on wearing the headscarf only at university campuses. However, upon an appeal by the staunchly secular CHP and its ally, the Democratic Left Party (DSP), the Constitutional Court ruled that Parliament had "violated" the constitutionally enshrined principle of secularism when it passed amendments to remove the scarf ban and annulled the amendment.

When a reporter said "referendum process was tough. A new page has opened now," Erdogan said that there was not any problem. The government's reform package won support from 58 percent of voters, with 42 percent against.

Kilicdaroglu earlier called on the Turkish prime minister for immediate cooperation on a new constitution before general elections in 2011.

CHP leaders repeteadly said during the campaign on the recent referendum, its party was willing "to solve headscarf issue", however, it is not exactly clear what steps the leader considers to take over the ban.