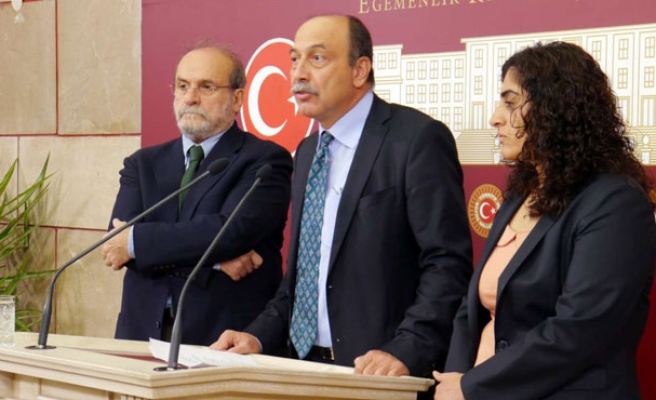 World Bulletin / News Desk
Turkey's pro-Kurdish party HDP and the leftist Labor Party announced their decision to join forces ahead of the June 7 general elections in Turkey, according to a statement released on Sunday.

The Peoples' Democracy Party, or HDP, is seeking alliances with minor leftist parties to increase its share of the vote in order to overcome the 10 percent election threshold.

"We will enter this election in an alliance… in accordance with the common struggle we have pursued until today," the statement, signed by both party leaders, said.

HDP's co-chairman, Selahattin Demirtas, earlier urged all leftist parties to show their stance against the ruling AK Party government at the "most critical" election in the history of Turkey.

The Labor Party, or EMEP, is currently not represented in parliament, having won less than 0.1 percent of the popular vote.