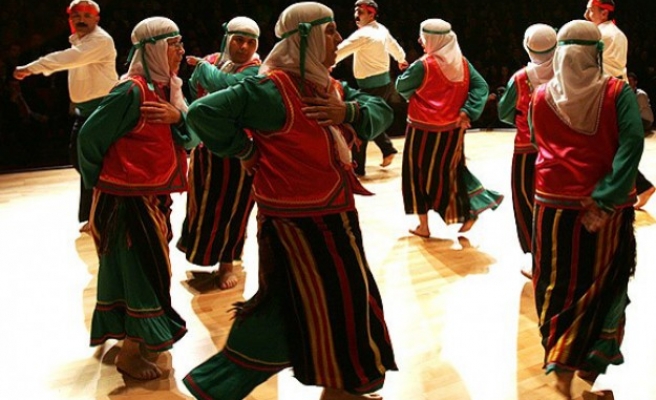 World Bulletin/News Desk
An Alevi foundation in Istanbul has called on the Turkish government to respect a European court decision regarding the minority community's houses of worship.

“You [government officials] cannot say ‘it is just a decision of a court and we don’t care’,” said Izzettin Dogan, president of the Foundation of Republican Education and Cultural Center, which manages a number of cemevis – Alevis worshipping places – in Turkey.

Speaking at a press conference in Istanbul on Wednesday, Dogan said: “I warn those who govern Turkey: Please be respectful to the decision. Otherwise, they [European officials] will not care about you,” he said. “I don’t think Turkey deserves this,” Dogan added.

His remarks came a week after the European Court of Human Rights ruled that Turkey had discriminated against the Alevi community's houses of worship.

The Alevi foundation had filed a case with the European court accusing Turkey of constitutional discrimination after the authorities refused to exempt cemevis from electricity bills.

In August 2006, the foundation argued that Turkish national legislation normally provides such an exemption for places of worship, such as mosques, churches and synagogues. The bills are paid for through a fund administered by the Religious Affairs Directorate.

The European court ruled in favor of the group and asked the Turkish government to send a proposal regarding the cemevi in question.

European judge Andras Sajo called for the recognition of cemevis as places of worship with status equal to that of mosques and churches.

One day after decision, the Turkish Supreme Court ruled that courts cannot decide on what constitutes a place of worship.

“From now on, the government is obliged to be much more sensitive, serious and sincere about [rights of] Alevis,” Dogan stated. “This decision is not only in favor of Alevis, but also for all the beliefs in the world who have different places of worship.”

Turkish officials have said the country is already working to eliminate discrimination against Alevis. "It will not affect our efforts," Turkish Prime Minister Ahmet Davutoglu said in response to the court decision last week. "We will proceed on our way," he added.

Last month, the premier announced that his government would make a series of moves to atone for previous discriminative practices by the state against the Alevi minority.

He pledged to build roads to all cultural and religious venues in Tunceli, a province in eastern Turkey, and restore Alevi gathering and worshipping places with a budget of 11 million Turkish liras ($4.95 million).

The prime minister also said the name of Tunceli University would be changed to Munzur University, renaming the institution after Alevi religious leader Munzur Baba.