The Ministry of Justice most likely will delay the release of the much-expected appointment list until after the Sept. 12 public referendum. 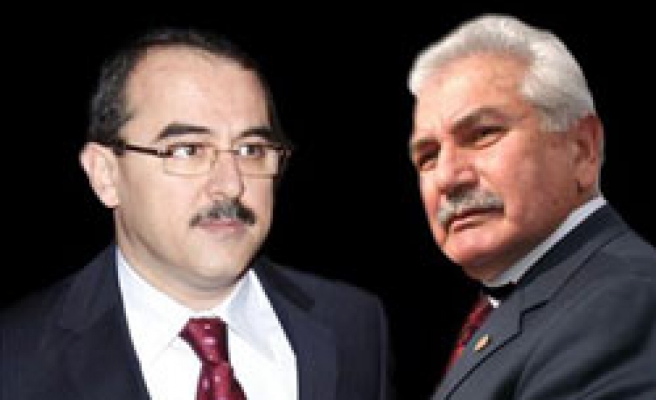 The Ministry of Justice and the Supreme Board of Judges and Prosecutors (HSYK) are not likely to reach a compromise on the yearly appointment list unless the board retreats from its insistence on changing several judges and prosecutors overseeing high-profile cases in Turkey.

Talks between the ministry and the board over the appointment of judges and prosecutors came to a deadlock when the board members prepared an additional list -- also known as the “pirate list” -- to change tens of judges and prosecutors in Turkey's most important criminal cases -- including the Ergenekon, Balyoz (Sledgehammer), Poyrazkoy, Kafes (Cage) and Temizoz cases.

According to most observers, the list is aimed at facilitating the release from prison of dozens of suspects charged as part of these cases.

The Ministry of Justice refused to approve the list and left the negotiating table. Officials from the ministry said Justice Minister Sadullah Ergin and his undersecretary, Ahmet Karaman, do not plan to attend the HSYK deliberations on the appointment list in the days to come. The board is not authorized to release the list without the attendance of the minister or his undersecretary.

The Ministry of Justice challenge angered HSYK Deputy Chairman Kadir Ozbek, who said refusing to attend board deliberations would have “legal outcomes,” but did not provide any specifics as to what the outcomes were. He also said his board would wait for the justice minister and his undersecretary to attend the talks.

The four demanded that judges and prosecutors overseeing critical cases in İstanbul, Ankara, Diyarbakır and Erzurum be changed, according to the agency. Such a change would mean a fatal blow to investigations into and criminal trials of suspected coup plots by the military. The judges and prosecutors are working to shed light on a number of coup plots, including the Action Plan to Fight Reactionaryism, the Cage Operation Action Plan, the Poyrazköy arms cache and the Sledgehammer Security Operation Plan.

The judges and prosecutors are also working on the case against Ergenekon, a clandestine criminal network accused of striving to overthrow the government, and unsolved murders in the case against jailed Col. Cemal Temizoz, who has been accused of the killings of hundreds of civilians by the gendarmerie in the 1990s in southeastern Turkey. Dozens of people, including members of the military, academia and the business world are currently in police custody for suspected links to these cases. There are fears that the suspects will be set free if judges and prosecutors overseeing the cases are replaced.

The HSYK's deliberations over the final decision on the yearly judicial appointment list were marked by controversy last year, as well. Ertosun brought the talks to a standstill after he proposed the removal of judges and prosecutors conducting several criminal cases. Ertosun argued that judges and prosecutors involved in the Ergenekon case should be removed from their posts.

He also called for the removal of prosecutors conducting probes into the Kurdish Communities Union (KCK) -- the urban arm of the Kurdistan Workers' Party (PKK) -- and Col. Temizoz. The Ministry of Justice strongly resisted the proposed reassignments, and the judges and prosecutors overseeing the cases remained in their positions.

The Ministry of Justice most likely will delay the release of the much-expected appointment list until after the Sept. 12 public referendum on a constitutional amendment package.

Justice Minister Ergin, however, criticized the HSYK deputy chairman over his statement and asked him why the board is trying to remove judges and prosecutors at certain courts if the courts complain of a growing workload.

Yüksel Metin, an associate professor of constitutional law, told the agency, the justice minister was right to leave the negotiating table in protest of the pirate list. According to him, in this way the minister avoided arousing suspicion over the appointments. Orhan Gazi Ertekin, the co-chairman of the Union of Judges and Prosecutors for Democracy and Freedom, agreed and added that the justice minister has the "authority to stop and resume talks" on the appointment list.

“HSYK members have an habit of overstepping their authority and bringing the talks to a deadlock. Turkey failed to try coups until today. Jurists are now working to call to account coup instigators. But some politicians and certain circles, including the HSYK, are disturbed to see it. There were heated debates over the appointment list last year, too,” Ertekin told the agency.

Prime Minister Recep Tayyip Erdogan also commented on the deadlock over the yearly appointment list and said it "stems from the HSYK's ideological tendencies".

“Ideological tendencies are back on stage again. They [the HSYK] abolish the prosecution in courts and restructure it. They do not trust the judges and prosecutors in these courts,” he said. The prime minister's remarks came on Wednesday evening in Kocaeli.

Erdogan also said the constitutional amendment package will end the HSYK's dominance over judges and prosecutors. According to the prime minister, the board is opposed to the reform package because it fears losing its privileges.

The package aims to make changes to the structure of the HSYK. An overhaul of the HSYK's structure will increase the number of the board's members from seven to 22. Four members of the board will be appointed by the president, while three will be selected by the Supreme Court of Appeals. Two members will be named by the Council of State and one will be selected by the Justice Academy of Turkey. The remaining members will be elected by judges and prosecutors.