Taraf claimed that the General Staff's statement that the jet was downed in international airspace was entirely inaccurate. 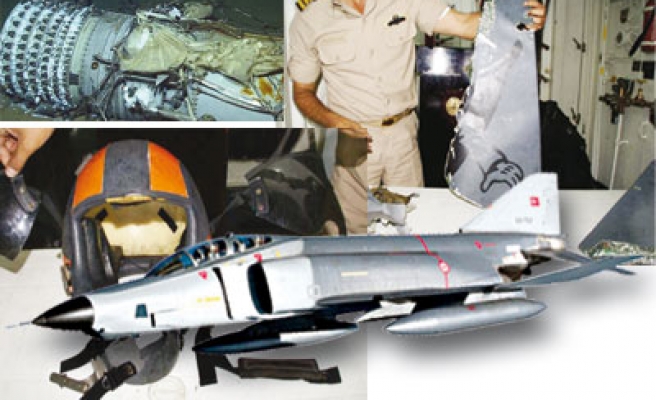 The Turkish General Staff has denied a recent news report that claimed the military provided faulty information to the government concerning the details of how a Turkish jet crashed off the Syrian coast on June 22.

The General Staff posted a statement to its website on Friday, responding to a report by the Taraf daily on Friday that claimed the military had relayed inaccurate information to the government and to the president about the incident. Taraf claimed that the General Staff's statement that the jet was downed in international airspace was entirely inaccurate.

However, the military's statement responded: “The General Staff always provides correct and timely information to our government and public. … The report is totally speculative.”

Taraf claimed on Friday in a front page story that the Turkish Air Forces Command misinformed the government on several details concerning the incident, including the coordinates of the jet's location when it was hit.

A Turkish F-4 Phantom, an unarmed reconnaissance jet, crashed off the Syrian coast on June 22. Syrian authorities claimed responsibility for downing the jet immediately following the incident, but defended the action, saying Syrian air defense were forced to react immediately to a Turkish jet flying low at 100 meters (330 feet) inside Syrian airspace in what was “a clear breach of Syrian sovereignty.”

Syria also said the plane was downed by anti-aircraft fire, rather than by a missile. Meanwhile, Ankara has maintained that the jet was downed by Syria without warning in a “hostile act.” Turkish government officials claim that the plane was hit with a laser-guided or heat-guided missile, either of which would have been capable of hitting the plane while it was in international airspace.