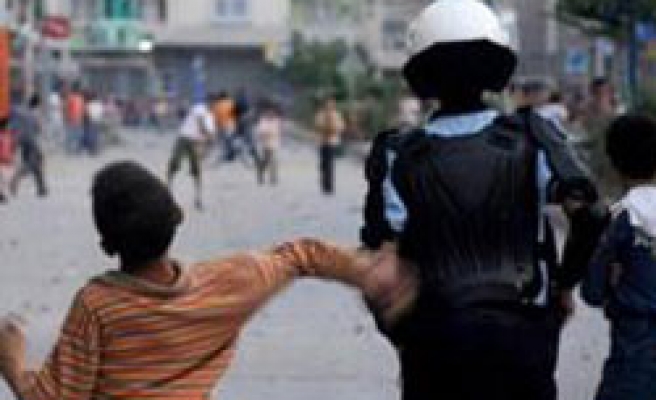 Turkish Parliamentary Justice Commission member and Justice and Development Party (AK Party) deputy Mehmet Emin Ekmen has finished preparing a bill formulated to prevent minors detained while engaging in clashes with security forces during mass protests from being tried as adults and eventually handed heavy prison terms of up to 15 years.

The bill will be presented to a vote in Parliament in the following weeks and is expected to be approved.

Ekmen told Turkish Cihan news agency, that "their aim is to not let these youngsters fall into the hands of the terrorist Kurdistan Workers' Party (PKK)."

He said the current judicial practice is “ridiculous” because a PKK terrorist caught on the mountains is jailed for seven-and-a-half years while that term can be double for a minor who throws stones at police forces.

If the bill is approved and enacted in Parliament, minors will no longer be tried at high criminal courts. Charges filed against them will not carry the aggravated label, as required by the Counterterrorism Law (TMK). Furthermore, minors charged with violating the Law on Meeting and Demonstrations will not face prison terms if they do not use a weapon, a knife or explosives against the security forces. Instead, they will serve their sentence at institutes of education or doing community service.