ATK announced that health condition of former generals who face charges of perpetrating the Sept. 12, 1980 military coup, poses a threat to them attending court hearings. 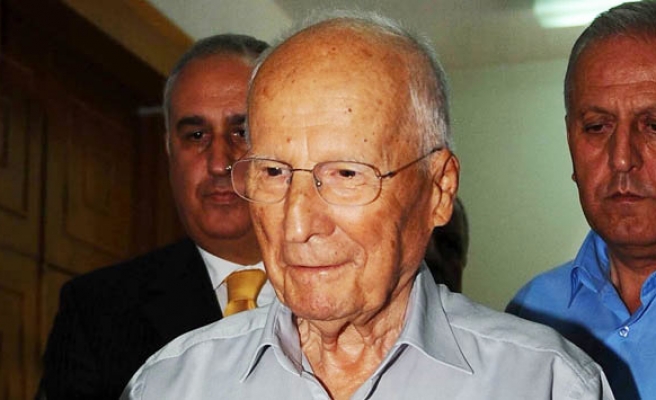 The Council of Forensic Medicine (ATK) announced on Friday that health condition of former generals who face charges of perpetrating the Sept. 12, 1980 military coup, poses a threat to them attending court hearings, including the fifth one to be held today.

Kenan Evren (94), the former chief of General Staff when he led the Sept. 12, 1980 coup and former president from 1982 to 1989, and Tahsin Şahinkaya (87), former commander of the Turkish Air Force during the coup period in 1980, sent medical reports to the court though their lawyers, claiming that their health condition does not allow them to attend the upcoming hearing. Following this, the court sent their reports to the ATK for further examination, which announced its decision on Monday saying Evren and Şahinkaya are not healthy enough to attend the court hearing.

Both Evren and Şahinkaya are at the Gülhane Military Academy of Medicine (GATA), receiving treatment. Şahinkaya has been treated at the hospital for Parkinson's disease since 2000, while Evren has been a patient of GATA since 2009.The indictment, which came after a year-long investigation, was submitted to the Ankara 12th High Criminal Court in January and seeks life imprisonment for Evren and Şahinkaya.

The Sept. 12, 1980 military coup was the bloodiest and best planned in the history of Turkey. A total of 650,000 people were detained during this period, and files for 1,683,000 people were kept at police stations. A total of 230,000 people were tried in 210,000 cases, mostly for political reasons. A further 517 people were sentenced to death, while 7,000 people faced charges that carried a sentence of capital punishment. Of those who received the death penalty, 50 were executed. As a result of unsanitary living conditions and torture in prisons, a further 299 people died while in custody.