Aegean Army Corp Commander Gen. Nusret Taşdeler, who was recently appointed head of the Education and Doctrine Command in Ankara, is also among the suspects. 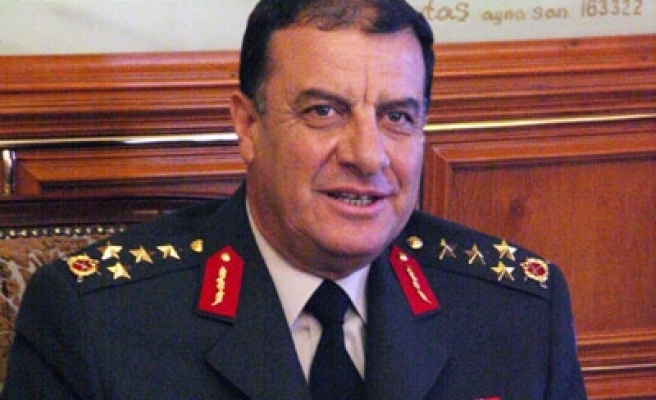 An İstanbul court on Monday issued arrest warrants for 14 suspects, including seven senior generals, as part of an investigation into allegations that the Turkish Armed Forces (TSK) had set up websites to disseminate anti-government propaganda.

An indictment in the case was accepted by the İstanbul 13th High Criminal Court late last month, after which the prosecutor requested an arrest warrant for the 14 suspects implicated in the case.

These officers, currently under pre-trial detention, will keep their positions and titles until court proceedings are finalized or their retirement is decided on by the Supreme Military Council (YAŞ), whichever comes first. In the meantime, these officers' deputies will assume their duties.

Aegean Army Corp Commander Gen. Nusret Taşdeler, who was recently appointed head of the Education and Doctrine Command (EDOK) in Ankara, is also among the suspects. Twenty-two suspects in all are implicated in the indictment.

The court also decided on a request by the prosecutor of the case, Cihan Kansız, to merge the case with another trial on an alleged coup d'état plot, which its creators dubbed the Action Plan to Fight Reactionaryism. The court ruled to merge the two cases.

The content of the websites indicates that they were used as part of the Action Plan to Fight Reactionaryism allegedly drafted by Col. Dursun Çiçek, who is currently in prison on charges of plotting a coup. Çiçek's suspected plan of action details a military plan to destroy the image of the ruling Justice and Development Party (AK Party) and the faith-based Gülen movement in the eyes of the public, play down the Ergenekon investigation and gather support for members of the military arrested as part of the investigation into Ergenekon, a clandestine organization nested within the state and bureaucracy accused of plotting to overthrow the government.

Col. Çiçek, whose signature appears both on an order concerning illegal military websites and on the action plan, said recently that he had been ordered by higher-ranking officers to create the anti-government websites.

He testified voluntarily in the investigation, shortly after an official response from the General Staff to a query by the İstanbul 13th High Criminal Court on the websites. The General Staff said the websites were created for the purpose of creating awareness about national security and terrorism threats and blamed Col. Çiçek for having overstepped his bounds. Çiçek responded by saying if his practices regarding the websites were in fact out of line, the General Staff could have taken administrative or disciplinary action against him.

Çiçek also said last week that the document showing that the TSK had set up websites to disseminate anti-government propaganda is authentic.

The investigation into the propaganda websites began in 2010 based on evidence found in the home of retired Col. Hasan Ataman Yıldırım, another suspect in the website case. Later, an anonymous tipster from inside the military sent an email to inform the public and the prosecutors that the General Staff had established 42 websites for the sole purpose of disseminating propaganda about the government and religious communities.

The prosecution was able to uncover the initial order for the General Staff websites during the investigation. The order carried the signatures of eight people, including those of Col. Cemal Gökçeoğlu and Çiçek. The document was dated April 2009 and originated in the office of the deputy chief of the General Staff Operations Department, who was Gen. Hasan Iğsız at the time. An İstanbul high criminal court last week accepted an indictment into the websites.

The suspects in the propaganda website case are being accused of "attempting to overthrow the government" and of "leading and being a member of an armed terrorist organization." They are also accused of categorizing military officers according to their religious or political beliefs, possibly for future reference. Fourteen officers on active duty, four retired military officers and a civilian public servant are accused in the indictment.

The first hearing in the trial is scheduled for Sept. 12.