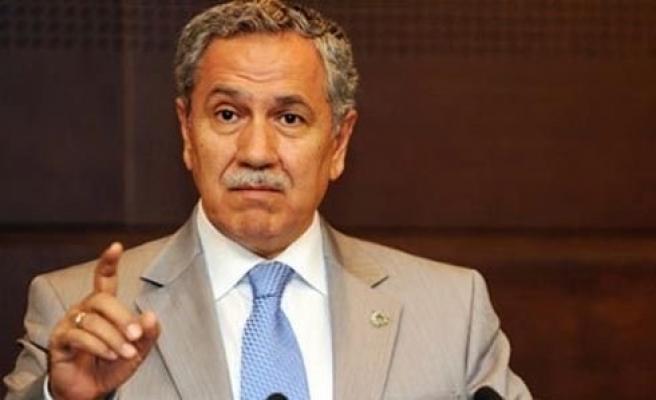 While Russia and the US are in a deadlock over how to enforce the Syrian deal with the UN Security Council resolution, Turkish Deputy Prime Minister Bulent Arinc voiced his concern that the chemical deal would be a signal for the Syrian regime to kill its people with conventional arms instead of chemical gases.

Arinc said in a press conference that about 120,000 people have lost their lives while 2 million fled their country and 5 million others became internally displaced due to the Syrian tragedy.

“Every mosque, house, and building is destroyed. People are killed while waiting to get bread. It is not easy to stomach people keeping their silence in the face of that massacre,” he said Wednesday in Bursa.

Deputy PM Arinc also shared his concern that the Russian plan regarding the Syrian chemical stockpile would signal Syrian President Bashar Al Assad to kill his people with means other than chemical gases.

Russia prevented the US punitive military action against Syria over its use of chemical weapons on civilians with a proposal under which the Syrian chemical stockpile would be placed under international control. However, Russia and the US could not agree on the wording of the UN Security Council resolution to back the Syrian deal. While Washington wants to add Chapter 7 of the UN Charter into a possible resolution, Russia disagreed to adding such a clause. Chapter 7 allows the Security Council to take action, either military or non-military, to “maintain or restore international peace and security.”